Mason Tries To Attack Andhra IT Minister With Trowel, Apprehended 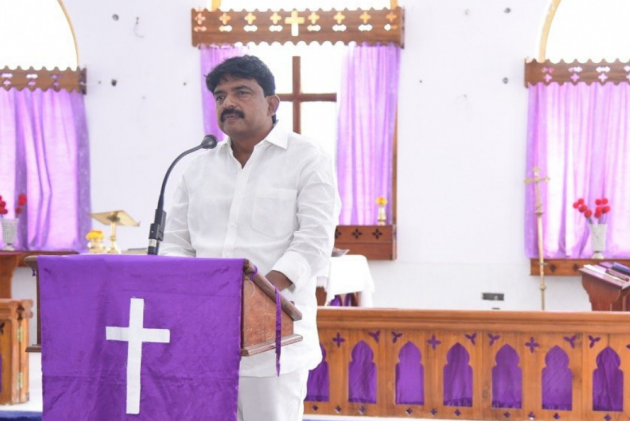 Andhra Pradesh information and transport minister Perni Venkataramaiah escaped unhurt after a mason allegedly tried to attack him in Machilipatnam on Sunday.

Police have apprehended the mason, identified as B Nageswara Rao, who was caught in an inebriated condition during the incident.

Meanwhile, the minister told reporters that he is safe and said that he failed to understand why the man tried to attack him. "He sought to touch my feet and suddenly pulled out his trowel and tried to attack me. I luckily ducked and my personal security officers caught the attacker," the minister said.

Krishna district superintendent of police Ravindra Babu said they were investigating the case from different angles to establish the motive behind the attack. "We are examining the CCTV footage and other evidence," he added.

The incident occurred when the minister was supervising arrangements for his mother’s death ceremony. Many of his supporters were present at the minister’s residence when the incident took place. The mason was later taken to the local police station for interrogation.