In a state like Punjab, where the government has enforced strict curfew norms because of a huge NRI population, chemists are not allowed to open shops and only home delivery of medicines is allowed. 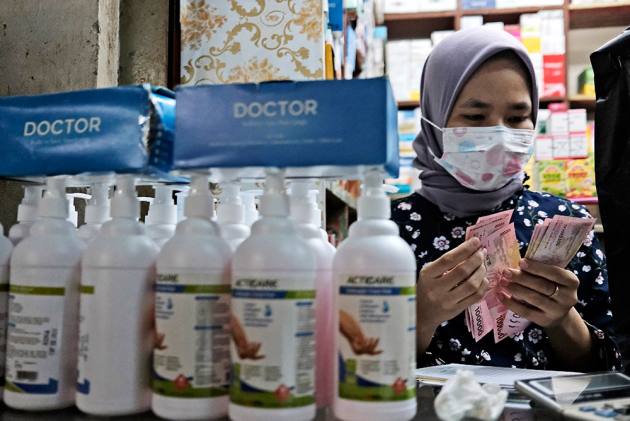 On March 24, Prime Minister Narendra Modi announced a 21-day nation-wide lockdown to deal with the coronavirus pandemic. Although, shops selling essential commodities were allowed to remain open at all times, panic buying and hoarding has caused an acute shortage of several essential medicines. Chemists say that patients who needed medicines for 15 days only have bought stock for over three months, apprehending uncertainty in supply in the near future. This has caused a shortage of medicines in many states and union territories.

“Punjab, Haryana, Himachal Pradesh, Jammu and Kashmir, and North-eastern states beyond Guwahati are facing a shortage of medicines for diabetes, cardiac and respiratory diseases, and cancer among other illnesses,” said Rajiv Singhal, President, All India Druggist and Chemist Association.

“Availability is sufficient till Guwahati but states like Nagaland, Manipur and Mizoram have a shortage of many essential drugs,” Singhal added. Chemists say that police brutality against employees and delivery boys further added to the problem.

In a state like Punjab, where the government has enforced strict curfew norms because of a huge NRI population which arrived before the suspension of international air services, chemists are not allowed to open shops and only home delivery of medicines is allowed.

Moreover, in Punjab, 90 per cent of medicine supply comes from Zirakpur and 10 per cent from Ludhiana and Delhi. Curfew has hampered supply in a big way, chemists say. According to them, Tuberculosis and cancer patients have suffered the most.

“Only hospitals are supplying medicines to TB patients. Since all OPDs are closed, patients are requesting us to provide them with these medicines. We can’t sell directly to patients. Besides, there are very few chemists who have the license to supply these medicines,” said Surinder Duggal, President, Punjab Chemist Association.

He claimed that of the 22 districts in Punjab, six don’t even have insulin injections. Even essentials like masks and sanitisers are in short supply, he said.

Chemists in Haryana say that since March 21, they haven’t received any supply from some of the top pharmaceutical companies.

“Some patients bought medicines in bulk for six months. Due to the lockdown, we haven’t received any supply for the past ten days. This is the reason for the crisis,” said Ashok Singhala, who represents chemists of Haryana.

However, drug administrative officials from both Punjab and Haryana dismiss these claims. "There may be a shortage for a few hours but we have been ensuring that all essential medicines should reach the needy people," said Rajesh Dahiya, an officer from Food and Drugs Administration (FDA), Haryana.

"We gave permission through emails to alcohol companies to make sanitisers, immediately after the Centre permitted us in the wake of shortage. Now, there is no shortage as far as Haryana is concerned."

Chemists from Uttar Pradesh and Delhi also say that the availability of several essential medicines is erratic, due to which patients are feeling harassed.

"Patients of cancer, kidney and lung diseases might not get their medicines easily. Even I have turned away a lot of cardiac patients as these medicines are in short supply everywhere," a Noida-based chemist said.

A pregnant lady, who is a resident of Sector 77, Noida, complaints that she visited almost every shop in Noida to look for a medicine prescribed by her doctor, but, “After a wait of over one week, it was delivered today by an online pharmaceutical company.”