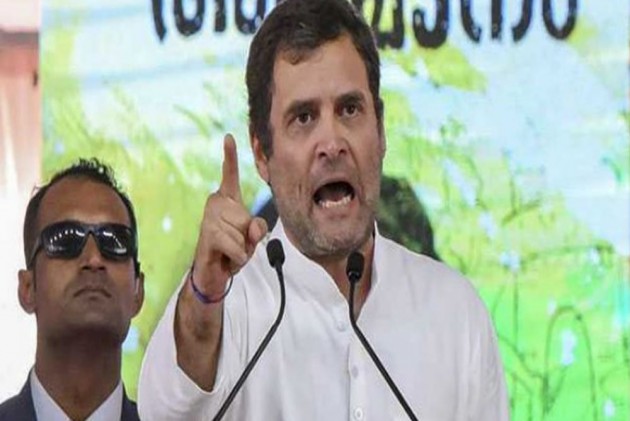 Speaking to the media, Gandhi said, "Friends, the ex-defence minister clearly stated that he has nothing to do with the new deal that was orchestrated by Mr Narendra Modi to benefit Anil Ambani."

The Gandhi scion went on to say that as a result of this "crime," thousands of young Indians all across the country have been kept from getting high paying jobs with Hindustan Aeronautics Limited (HAL).

"I would like to ask you, why did the ex-President of France tell the press clearly that he was told by the Indian Prime Minister to give the Rafale contract to Mr Anil Ambani? I want to ask you, why was the man who has no experience in building an aircraft given a contract that was snatched away from those people who had been building aircraft for 70 years in the country," Rahul said.

He then highlighted that the price inflation of an aircraft from around Rs 500 crore to Rs 1600 crore was done to "underscore his point of wrongdoings in the deal."

"Youngsters of this country, youngsters of Kerala, there is only one answer, the answer is that the Prime Minister of India is corrupt," Rahul said.

The Congress chief continued his tirade against Modi over the unrest in the CBI in recent times, saying that the latter "was protecting himself when he removes the CBI chief".

The Supreme Court on December 14 last year had dismissed all petitions seeking court-monitored probe into the Rafale deal with France, saying that there was no occasion to doubt the decision-making process in the deal. The top court said it was not its job to go into the issue of pricing.

The Congress party had, earlier this month, released an audio clip claiming that Parrikar possessed all files related to the deal.

Congress party spokesperson Randeep Singh Surjewala claimed that Goa Health Minister Vishwajit  Rane was speaking in it to another person about the deal.

In the audio, Rane, as claimed by Congress, divulged that Parrikar, who was the Defence Minister when the Rafale deal was signed in 2016 between India and France, had "all files related to the deal in his bedroom."

Later, Rane hit back at the Congress, asserting that the audio tape was doctored and Parrikar made no mention about the Rafale deal or its documents.