Man Kills 2 Roommates After Being Pressured To Pay Rent, Arrested

According to the police, the accused had been staying with Ajam (45) and Amir Hasan (46) in a rented flat at Raghubir Nagar for which they were paying Rs. 4,000 per month. Ajam and Amir were staying there since 1994. 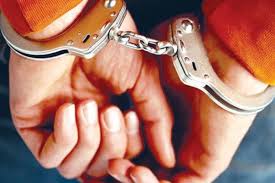 A 23-year-old man killed his two roommates in west Delhi's Raghubir Nagar after allegedly being pressured by them to pay the rent of their accommodation for the period he was at his native place, police said on Tuesday.

After killing his roommates, the accused Sakir fled to his village in Uttar Pradesh's Amroha but was soon arrested by a team of Delhi Police, they said.

According to the police, the accused had been staying with Ajam (45) and Amir Hasan (46) in a rented flat at Raghubir Nagar for which they were paying Rs. 4,000 per month. Ajam and Amir were staying there since 1994.

Early this year, Sakir had gone to his village and stayed there for four months and returned to his accommodation in Delhi just 15 days back.

But after his return, his roommates started pressurising him to pay the rent even for the four months that he stayed in his village. This led to an argument following which the roommates of the accused abused him. Sakir got offended and wanted to take revenge, police said.

On the intervening night of August 30-31, while his roommates were asleep, he killed them and fled, police said.

Deputy Commissioner of Police (West) Deepak Purohit said, "Police received a call about the incident and on reaching the spot, both Ajam and Amir were found dead with multiple stab injuries.

"The spot was inspected by the crime team as well as Forensic Science Laboratory (FSL) team from Rohini," he said, adding that the investigation was started after a case was registered at Khayala police station.

Investigation revealed that Sakir, who was the prime suspect, was absconding.

All the three roommates were engaged in sale of garlic in nearby areas, he added.

"Various teams were formed and dispatched at all the possible hideouts. A team was also dispatched to his village and finally, he was nabbed there," the DCP said.

Interrogation revealed that Sakir had gone to his village early this year and spent four months there. After his return, his roommates pressurising him to pay the rent for the four months, when he was at his village.

An argument broke out during which the accused was also abused by his roommates which angered him and he decided to take revenge, the officer said.

Sakir had killed both his roommates with a knife and hid the weapon and left for his village. However, he was arrested, the officer added.