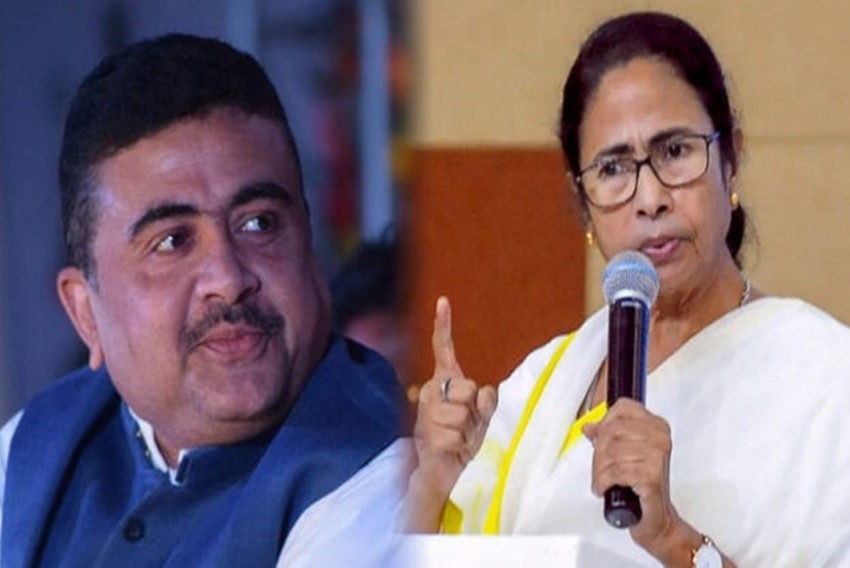 West Bengal chief minister Mamata Banerjee’s case in Calcutta high court challenging the result of the assembly elections in the Nandigram constituency has been listed for mention on Friday.

It is scheduled to be heard by the single bench of justice Kausik Chanda at 11 am, the high court's website shows.

Even though her Trinamool Congress returned to power for a third straight term with a thumping majority Mamata Banerjee lost, the election to the BJP's Suvendu Adhikari, who was Banerjee's one-time confidante, by a slender margin of 1,956 votes.

Later, during a press conference, she had even alleged that the election commission's returning officer for the Nandigram assembly constituency was under life threat. The government even arranged for the security of the returning officer, Kishor Biswas, who serves as a deputy magistrate and deputy collector at the office of the sub-divisional officer, Haldia, in East Midnapore district.

Banerjee also made public a screenshot of a message which she claimed was sent by Biswas to another government official. In the message, the sender was talking about receiving "life threats" but it was not clear for which of his actions.

Adhikari won the election in a photo finish following a chain of dramatic leads and trails. At one point, journalists present at the counting venue also started reporting that Banerjee had been announced the winner but later Adhikari was announced as the winner.

The TMC has alleged that its demand for re-counting had not been entertained.

Under such context, the state's political circles will be keenly watching what transpires at the high court on Friday.

The Trinamool Congress, however, has already made arrangements for a bye-election for Banerjee to get elected. Any non-elected member of the cabinet needs to be elected within six months of taking charge.

Accordingly, Sobhandeb Chattopadhyay, who contested from Banerjee's own seat, Bhawanipur, has resigned and is set to contest from Khardah, a seat lying vacant because the winner died a few days before the counting of the results.

After Adhikari ditched the TMC and joined the BJP in December 2020, Mamata Banerjee decided to leave her own seat and contest from Adhikari's seat, Nandigram, turning it into the state's most high-profile constituency.