Mamata Wooing Farmers As She Is Losing Ground In State: Nadda

Nadda asserted the farmer's rally at Katwa proves that days of Mamata Banerjee government are numbered. 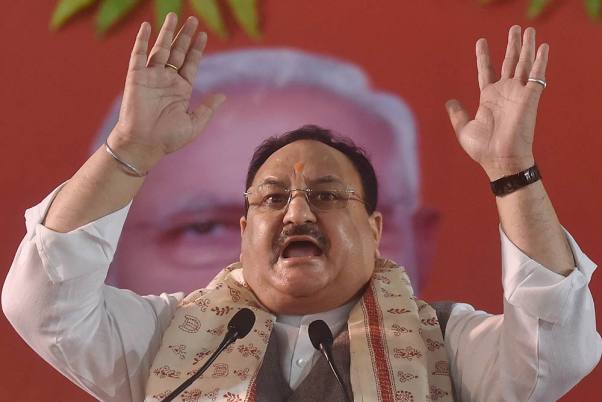 BJP national president JP Nadda on Saturday targeted West Bengal CM Mamata Banerjee and mocked her for implementing PM Kisan Yojna only after realising that her party is fast losing ground among the farmers in the state.

Nadda launched the 'Krishak Suraksha Abhiyan' in West Bengal to woo the farmers in the poll-bound state. Nadda also said it is "too late" for the TMC government to agree to implement the PM Kisan Samman Nidhi.

He said the state government was compelled to go for the beneficiary scheme only after coming to know that "anger of the farmers over being deprived of the central schemes will wipe the TMC government in the state".

"The Mamata Banerjee government agreed to implement the PM Kisan Samman Nidhi after such a long time as she has realised that the TMC is fast losing ground in Bengal.

"But, let me say it clearly that it is already too late for the TMC government," Nadda said while launching the campaign.

The TMC government earlier this month softened its stand on implementing PM Kisan scheme in the state, after more than a year of opposition to the programme.

Nadda asserted the farmer's rally at Katwa proves that days of  Mamata Banerjee government are numbered.

He said the BJP would provide justice to the farmers after it forms the next government in Bengal.