Addressing a rally at Rash Mela ground in West Bengal, Prime Minister Narendra Modi alleged that Mamata Banerjee has let loose goons in the state, dashing the hopes of people. 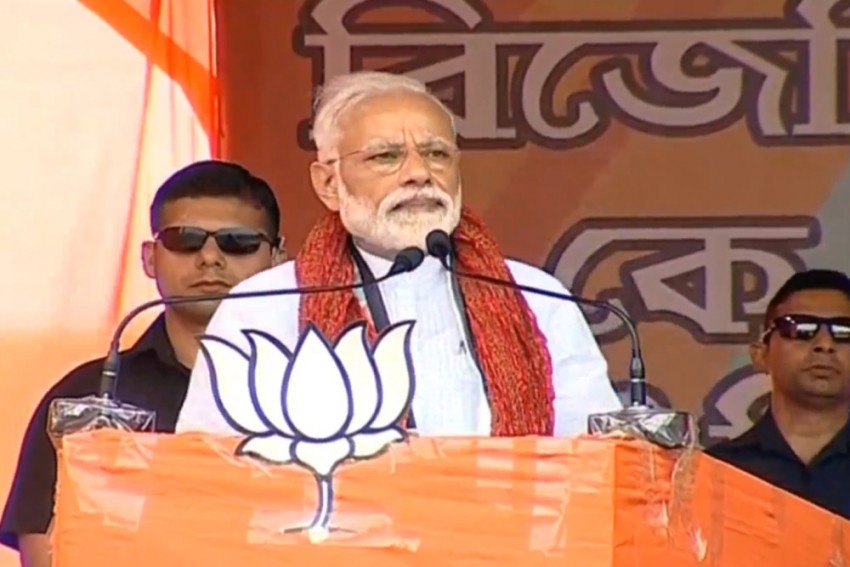 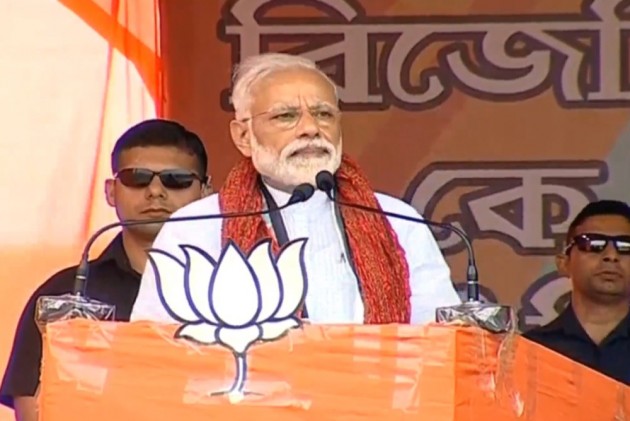 Addressing a rally at Rash Mela ground in West Bengal, he alleged that Banerjee has let loose goons in the state, dashing the hopes of people.

"Didi has maligned Bengal with Saradha Scam, Rose Valley scam and Narada scam. I want to promise you all that this Chowkidar (Modi) will seek answers for each and every paisa looted," he said.

Noting that a venue with limited space was allotted for today's rally, Modi said, "Didi tried her best to stop people from attending the rally in large numbers. How does she expect to win the elections with such childish antics."

"The way Mamata expressed her anger against Election Commission only shows how perplexed she is. Didi is fast losing her political ground in Bengal," the PM said.

"Didi has betrayed the Centre by giving protection to the intruders. This chowkidar has brought NRC and Citizenship (Amendment) Bill to drive out infiltrators. But Didi with her 'Mahamilawati' (opposition alliance) colleagues are trying to stop the government from pursuing them," he said.

Sharing his plans for the development of the country, Modi said, phone calls will soon become free in the country and the charges for Internet will be the least in the world.

"Every poor has a bank account and a debit card. Women have easy access to gas connections. What seemed impossible a few years ago has been made possible by the Modi government," he added.

Lok Sabha elections in West Bengal will be held in seven phases between April 11 and May 19.