Maharashtra: Who Will Be Pro-tem Speaker? BJP Submits List Of 17 Senior MLAs To Governor 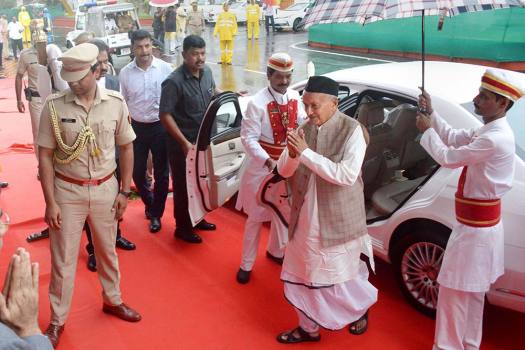 After the decks were cleared for a floor test in Maharashtra, the question arises who will be the pro-tem speaker in the Assembly. (Catch all live updates on Maharashtra political crisis here)

The Governor B. S. Koshyari will be required to appoint and swear-in the Pro-Tem Speaker, who, in turn, will administer the oath of office to all the newly-elected MLAs of the 14th Legislative Assembly.

Three senior most MLAs of the BJP who could be the pro-tem speaker are Haribhau Bagade, Babanrao Pachpute and Kalidas Kolambkar. Bagade has been a Speaker in the previous assembly.

According to sources, the BJP has submitted a list of 17 senior MLAs to the Raj Bhavan for the post of pro-tem speaker.

However, the Governor can appoint a pro-tem speaker at his own discretion.

The role of the pro-tem speaker is significant when it comes to deciding whose whip will run in the Assembly.

Like A True Guard Of Constitution, Modi Govt Is Committed To Ensure India's Unity: Amit Shah