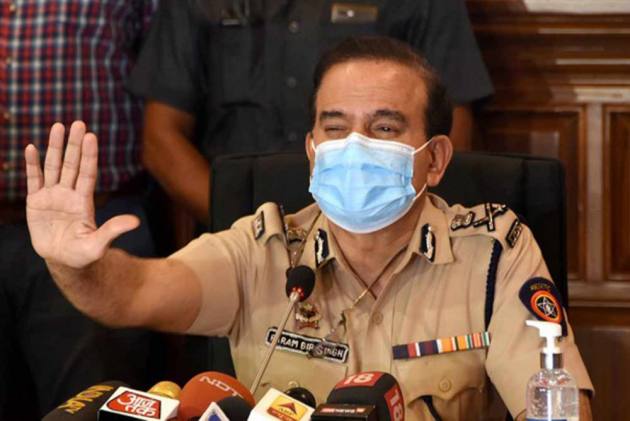 The government’s move comes amid allegations of corruption being levelled at its ministers including former home minister Anil Deshmukh and Shiv Sena minister Anil Parab.

The PE against Singh has been ordered after the Mumbai Police submitted a report in connection with the Ambani security scare case to the state Home department, an official said on Saturday. The PE order was issued on April 1, he added.

The PE will try to find out if there was any negligence on the part of Singh in submitting a report on the probe of the recovery of an explosives-laden SUV found outside the south Mumbai residence of Mukesh Ambani on February 25, to the state government in the background of Assembly sessions (in some states).

The PE will also ascertain if there was any dereliction of duty and the violation of All India Service (Conduct) Rules by Singh in (not) controlling Vaze who was working under him.

The home department had sought information on certain specific points in its letter to the Mumbai Police dated March 24 about the Ambani security scare case.

After the arrest of API Sachin Vaze in this case, the involvement of personnel of the Mumbai Police Commissionerate was found in the conspiracy and Waze himself was the investigating officer of the case, the home department order said.

The PE will ascertain if Param Bir Singh had failed to control Vaze, who headed the Crime Intelligence Unit (CIU). Waze was arrested by the NIA on March 13.

The probe will also focus on whether Singh failed to submit a report on the Ambani security scare incident dated February 25 to the state government on the background of the ongoing Assembly sessions (in some states), and if there is negligence.

The order said that due to Singh's letter dated March 20 to Chief Minister Uddhav Thackeray, which was found its way in the media, the image of the state government was maligned.

As the correspondence was not through a proper channel, the probe will also focus on whether it was a violation of All India Service (Conduct) Rules 1968, the order stated.

The PE will also try to ascertain if Singh failed to provide complete, correct and factual information to his seniors on the recovery of the explosives-laden SUV in the background of the Budget session of the state legislature.

The probe will also focus if there was a dereliction of duty by Param Bir Singh.

Senior IPS officer Sanjay Pandey has been given powers to call concerned police officers and personnel to record their statements under section 32 of the CrPC, the order said.

Pandey has been directed to submit the report on the specific points at the earliest, it added.

The National Investigation (NIA) is currently probing the Ambani security scare case and arrested Vaze, who is also under the scanner for the alleged murder of Thane-based businessman Mansukh Hiran, the purported owner of the explosives-laden SUV.

The CBI is conducting the PE in the allegations raised by Param Bir Singh against then Maharashtra Home Minister Anil Deshmukh that he had set targets for police officers, including Vaze, to collect Rs 100 crore per month from bars and restaurants.