The Cabinet, chaired by Prime Minister Narendra Modi, met in Delhi on Tuesday to discuss the political impasse in Maharashtra and decided to recommend to the president to impose Central rule in the state to the chagrin of Shiv Sena, Nationalist Congress Party and Congress I 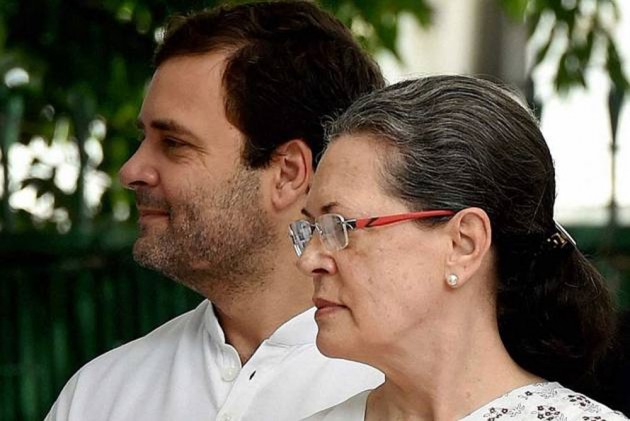 The Union Cabinet on Tuesday recommended President's rule in Maharashtra amid a stalemate over government formation after the assembly polls last month.

Sources said the Cabinet, chaired by Prime Minister Narendra Modi, met in Delhi this afternoon to discuss the political impasse in Maharashtra and decided to recommend to the president to impose Central rule in the state.

And soon, #PresidentRule became the top trend in India with many netizens taking a jibe on Congress party's inability to sieze the moment.

@INCIndia now you have 6 months to right the letter atleast now decide what you want. #PresidentRule

Congress was ready with letter of support Monday, Pawar asked to wait, Sonia sent 3 leaders to talk to Pawar Tuesday, before they could land, NCP asked Governor at 11:30 AM(had time till 8:30 PM) to extend their time for 3 more days, knowing will not get it. Game! #presidentrule

I think this crap party should change its symbol from hand âÂÂÂÂÂÂï¸ÂÂÂto feet... such an chaprasee party! They lost self-respect within due to mindless leadership!!

For the uniniated, the Cabinet recommendation comes a day after Governor Bhagat Singh Koshyari asked the Sharad Pawar-led NCP to express its "ability and willingness" to stake claim to form government in the state by 8.30 pm on Tuesday.

The Nationalist Congress Party said an alternative government cannot be formed in Maharashtra without the Congress' support and discussions among "three parties", an apparent reference to Shiv Sena.

The Shiv Sena on Monday claimed the NCP and Congress have agreed "in-principle" to back its government without the BJP in Maharashtra but failed to get letters of support before the deadline set by the Governor.

As the impasse in government formation entered the 19th day and the prospect of President's rule loomed, the Congress appeared to be not wanting to take a hasty decision to align with its ideological rival.

But it turned out to be late, and too little for the Grand Old Party.