The march has attracted farmers from all over the state, including many women, and will end after 200 km in Mumbai on February 27. 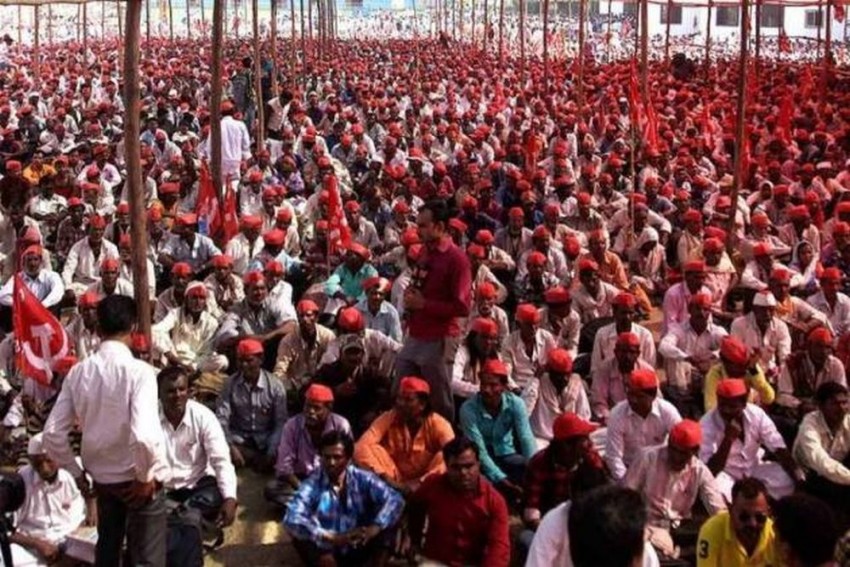 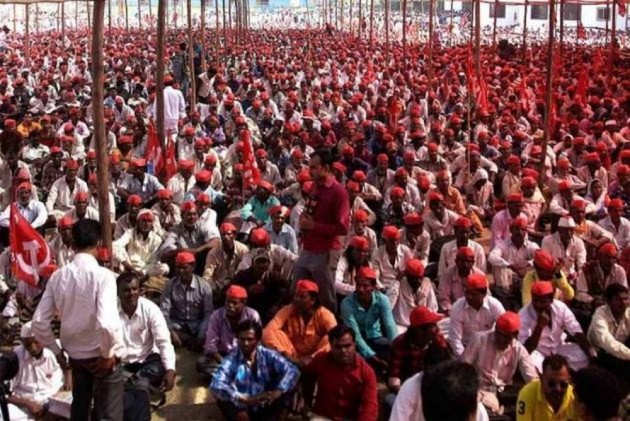 Over 50,000 farmers on Wednesday embarked on a nine-day-long 'Kisan Long March-2' from Nashik to Mumbai to protest against what they termed a "betrayal" of the peasantry by the BJP governments in the state and the Centre for the second time in 12 months,

Organised by the CPI-M's peasant wing All India Kisan Sabha (AIKS), the march has attracted farmers from all over the state, including many women, and will end after 200 km in Mumbai on February 27, coinciding with the Budget Session of the Legislature.

February 20 is the fourth death anniversary of Communist ideologue and writer Govind Pansare and February 27 will mark the 88th anniversary of the martyrdom of revolutionary freedom fighter Chandrashekhar Azad.

AIKS President Ashok Dhawale said that this time the turnout of farmers was around 50,000 -- more than last year.

He claimed that the state government was putting obstacles in the march and resorting to "repression" through the police against the peaceful procession.

While the AIKS has submitted a memorandum to the Ahmednagar Collector, Dhawale said attempts were on to arrest prominent leaders including AIKS General Secretary Ajit Nawale.

The decision for the march was taken at the February 13 farmers' convention in Ahmednagar. The organisers vowed that any attempts to 'crush' their democratic and peaceful march would fail to demoralize the farmers.

"The police detained for several hours groups of farmers coming to join the procession without assigning any reason. Cases are being lodged against our office-bearers," AIKS spokesperson P.S. Prasad told IANS.

After a gruelling march by around 35,000 farmers on March 12, 2018, the Maharashtra government "accepted" a majority of their demands after which the farmers' agitation, which secured the support of all the parties, was called off.

Extremism And Terrorism Are Our Common Concerns: Saudi Crown Prince During India Visit