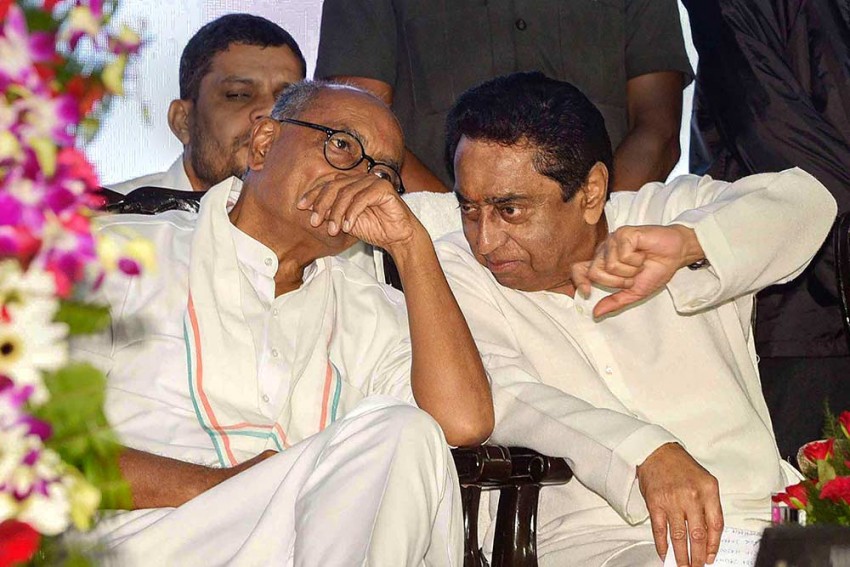 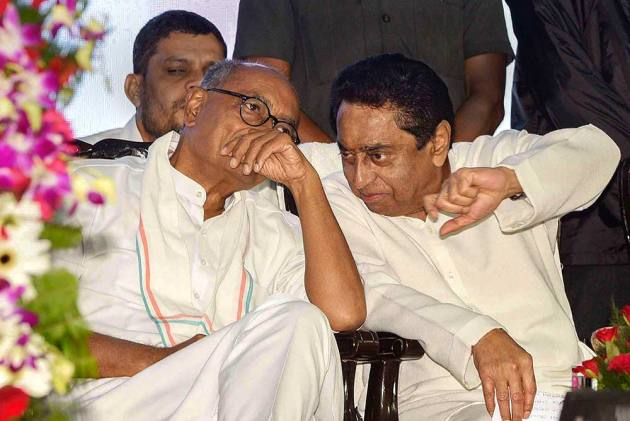 Madhya Chief Minister Kamal Nath resigned from his post on Friday ahead of the floor test in the assembly. The Supreme Court on Thursday had ordered the MP Assembly Speaker to conduct a floor test that left the fate of the 15-month-old Kamal Nath government hanging by a thread after the resignation of 22 Congress MLAs.

The Congress government teetered to the brink of collapse after the resignations of the 22 rebel MLAs stated to be supporters of Jyotiraditya Scindia, who quit the Congress in a coordinated revolt on March 10. Scindia later joined the BJP.

Ahead of the floor test, the ruling Congress and the opposition BJP issued whips to their respective legislators ahead of the Supreme Court-directed floor test.

In a late night development on Thursday, the Madhya Pradesh Speaker accepted the resignations of the remaining 16 legislators, lodged in a resort in Bengaluru.

The resignation of six Congress ministers was accepted by the Speaker earlier.

The strength of the House has also come down to 206 with 104 required to prove majority, which seems improbable for the Congress given the current scenario. However, the BJP has 107 MLAs.

2:11PM: "People have won today in Madhya Pradesh. I have always believed that politics should be the medium of public service, but the state government had deviated from this path. Truth has won again. Satyameva Jayate."

1:06 PM: "Being an Independent MLA, now I don't have have any other option but to support the new government which will be formed, for the development of my people. I have spoken to them (BJP)," says Pradeep Jaiswal.

12:57PM: "Kamal Nath had no option but to resign after his MLAs quit. Neither BJP nor Congress had won a majority. Shivraj Singh allowed Nath to form a government. The Nath government could not run the state properly and even their own MLAs were unhappy. The BJP made no effort to destabilize the government," says Gopal Bhargava, Leader of Opposition in MP Assembly.

12:47PM: "We will sit in the Opposition. Bypolls will be held soon for 23 seats, let those who defected go to the people and explain their betrayal. We will come back with the blessings of the people," says Lakshman Singh, Congress MLA from Chachoura constituency and younger brother of Digvijaya Singh.

12:34PM: I have decided to give my resignation to the  Governor today. I do not believe in horse trading. In believe in a moral politics: Kamal Nath

12:29PM: "BJP thinks that by defeating my state, it will win. The BJP can't defeat the State or my determination," Kamal Nath says.

12:25PM: Recalling the achievements of his government, Kamal Nath says, "We began schemes to give employment to the youth. We began campaigns to fight against food adulteration. We began gaushalas for stray cows. We started giving subsidised electricity to the people. We increased allocation for girls, for the elderly. We alsodid a lot for temples and even volunteered to build a Sita temple in Sri Lanka. The BJP could not digest all this."

12:21PM: "Three times I have proved our majority in the Vidhan sabha. BJP could not tolerate it. BJP is betraying the people of the state. In 15 months we tried to give relief to farmers, gave loan waivers to farmers in two phases and the third phase was about to start. BJP has plotted against these farmers," says Kamal Nath.

12:18PM: Accusing the BJP of holding 22 Congress MLAs in captivity, Naths says, "Today they have held 22 of our MLAs in captivity in Bangalore and the nation has seen this. 1 Maharaj aur 22 vidhayakon ke saath mil kar BJP dhokha kar rahi hai."

12:17PM: "2018 assembly polls result gave a mandate to the Congress. Today, 15 months since forming government, we have tried to transform the state. People gave me a mandate for 5 years. BJP had got 15 years, I got 15 months. Out of those 15 months, 2-4 months were spent in model code of conduct due to the 2019 LS polls," Says Kamal Nath at the press conference.

12:04PM: Three MLAs from BSP and SP could abstain from voting in the floor test, if it happens. In such a scenario, strength of the House will be down to 202 with the majority mark at 102. The Congress with 92 MLAs is trying to ensure all 4 independents vote in its favour to push the government's tally to 96. It will still need 7 BJP MLAs to either cross vote or abstain from voting to win the floor test.

11:55AM: Efforts now are underway to have at least 6-10 BJP MLAs to resign or cross vote for Congress.

11:46AM: Ahead of the floor test in MP, one BJP MLA, Sharad Kol, has also resigned from the assembly.

11:28AM: Speculation in Bhopal is that Nath could announce his resignation from the CM post when he addresses the media around noon today. Sources in the party suggest that a drastic step of seeking mass resignation of all remaining Congress MLAs to force a mid-term poll has also been discussed by the party's state leadership. With the odds stacked heavily against Nath and the fall of his 15-month-old government imminent, can the veteran Congressman still spring a surprise?

10:58AM: With the Speaker now accepting the resignations of all 22 MLAs, the strength of the Congress in the 230-member Assembly, which was 114 earlier, has now reduced to 92. The reduced majority mark is 104.

10:57AM: A little while after the Supreme Court ordered a floor test last night, the MP assembly speaker accepetd the resignations of 16 rebel Congress MLAs. The resignations of 6 other rebels had already been accepted earlier.

10:55AM: In an important development last night, the Supreme Court ordered the Madhya Pradesh Assembly Speaker to conduct a floor test today.