Sources close to Scindia said that the Congress leader may float a new regional party or defect to the BJP. 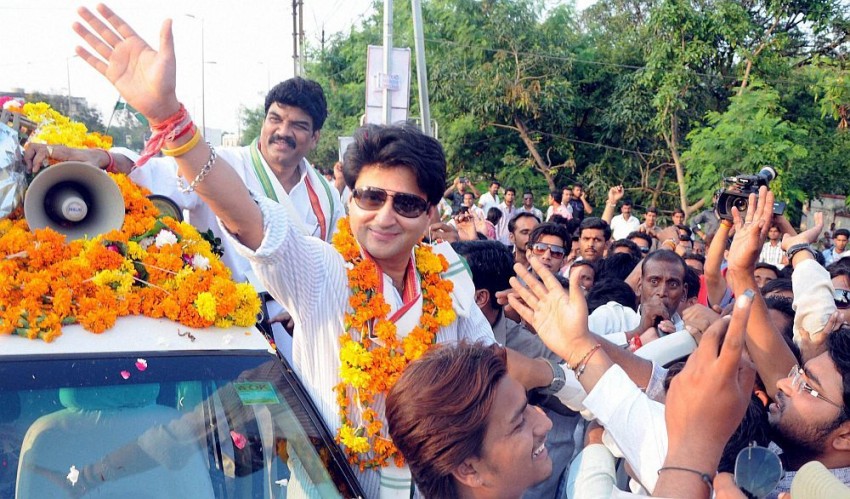 Days after Congress in Madhya Pradesh accused the BJP of trying to poach its MLAs to topple the Kamal Nath-led government, which enjoys a wafer-thin majority in the House, senior Congress leader Jyotiraditya Scindia and at least 17 MLAs suddenly became 'incommunicado' on Monday ahead of the upcoming Rajya Sabha elections.

The Congress government in the state has been brought to the edge of collapse as MLAs, including some ministers, close to former MP Scindia were on Monday flown to BJP-ruled Karnataka by a chartered flight from Delhi. They were accompanied by Purshottam Parashar, another close aide to the disgruntled leader.

Scindia had asked for an appointment with Sonia Gandhi on Sunday but was asked to wait till the Holi.

Sonia, however, met Chief Minister Kamal Nath earlier on Monday to discuss the situation in the state and candidates for the Rajya Sabha polls.

Sources close to Scindia said that the Congress leader may float a new regional party or defect to the BJP.

An announcement from Scindia is likely to come within the next 24 hours, sources said, adding that the Congress high command may make a last-ditch effort to pacify Scindia.

A meeting between Scindia and Sonia Gandhi is not being ruled out.

With the budget session of the state assembly scheduled to commence from March 16 and elections for three Rajya Sabha members from the state due on March 26, the Congress party is doing all it can to fortify its legislative strength in the Vidhan Sabha where it presently has 114 MLAs against BJP's 107. The simple majority mark in the Vidhan Sabha is 116 and the Congress has shored up its strength with the help of four independent legislators and MLAs from the BSP and SP.

Notwithstanding the outcome of the ongoing power tussle, sources say the skirmishes within the Congress will continue. A definite marker of this, said a party veteran, was the silence of Congress leader Jyotiraditya Scindia. Scindia's unhappiness with Nath continuing as CM is no hidden secret in political circles and he has been eyeing the post of the state Congress chief - also held by Nath currently - ever since he lost the Lok Sabha polls from Guna last year. Scindia is also hopeful that the party will nominate him to the Rajya Sabha later this month. Given his expectations from the party, his absence from Bhopal during the ongoing crisis has allowed his detractors in the state to claim that the erstwhile Gwalior royal isn't concerned about the fate of the Congress if the party doesn't safeguard his personal political interests. To make matters worse for Scindia, his loyalist and party legislator Mahendra Sisodia has told reporters that "there will be no threat to the Kamal Nath government as long as Scindia is given the respect he deserves".

Sources say the Rajya Sabha polls later this month, in which the Congress hopes to wrest two of the three seats up for election, could decide the fate of the Nath regime. Both Scindia and Digvijaya are hopeful of being successfully elected from the state but an influential section within the party is learnt to be opposed to nominating Digvijaya to Parliament's upper house for a second term. It remains to be seen whether rejecting Digvijaya's claim would be in the interest of the party and also if Scindia will be placated just with a Rajya Sabha nomination.