The Congress-led government in the state will seek a legal opinion on reopening the murder case of ex-RSS pracharak Sunil Joshi, in which Pragya Singh was acquitted. 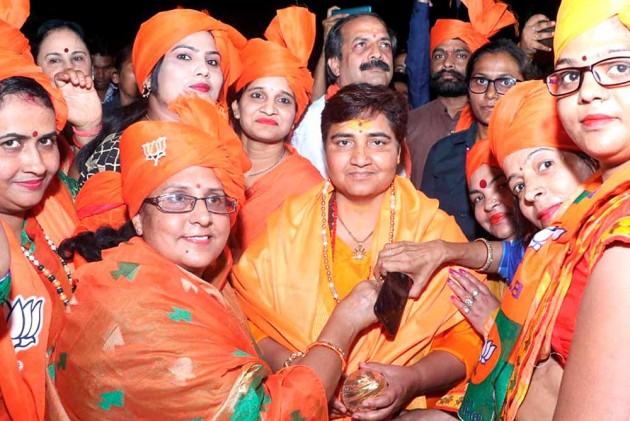 The Congress-led government in the state will seek a legal opinion on reopening the murder case of ex-RSS pracharak Sunil Joshi, in which Pragya Singh was acquitted, state Law Minister P C Sharma said Tuesday.

Joshi was shot dead in Dewas district on December 29, 2007. Thakur and seven other accused were acquitted by a court in 2017 due to lack of evidence against them.

The state government will appeal in a higher court to reopen the Joshi murder case, Sharma said. The Dewas collector has been asked to submit a report in connection with the case, the minister added.

"We will seek a legal opinion on that report and then take a decision about moving a higher court," he said.

Sharma claimed that the then district collector took a decision on his own to shut the case, instead of sending it to the law department for a legal opinion.

"The district collector should have sent the report to the law department instead of deciding that there was no need to move a higher court," he said.

The BJP dubbed the move as revenge politics.

"It looks like the MP government is going to take this decision because Pragya Thakur contested the election as BJP candidate against Congress' Digvijaya Singh. This is politics of revenge," state BJP spokesman Rajnish Agrawal said.

An accused in the 2008 Malegaon blast case, Thakur is currently out on bail.

Joshi, also known as Guruji, was shot dead by bike-borne assailants in Chuna Khadan area of Dewas. He was reportedly evading arrest for his alleged role in the murder of a Congress leader.