A day earlier, police had registered an FIR against Digvijay Singh and 11 others for allegedly circulating an "edited" clip of Chouhan's old statement. 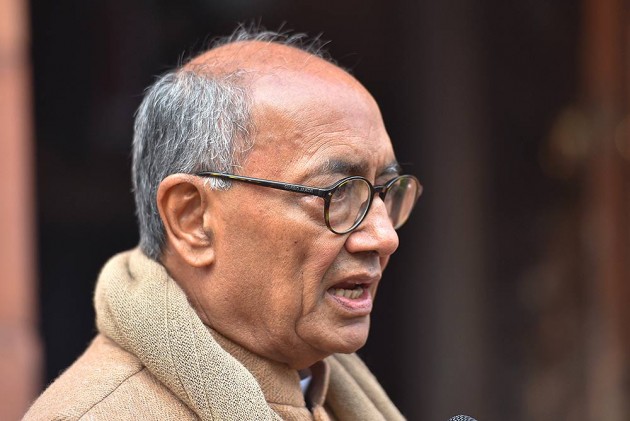 A day earlier, police had registered an FIR against Singh and 11 others for allegedly circulating an "edited" clip of Chouhan's old statement on liquor policy of the previous Kamal Nath government.

"I will lodge an FIR against Shivraj for sharing a fake video in a tweet at the same police station, where BJP leaders went to file an FIR against me," Singh tweeted and attached a news item containing a tweet of Chouhan dated May 16, 2019 and Rahul Gandhi's video.

Chouhan's tweet reads: "What is this? Rahul ji, you have changed the Madhya Pradesh's Chief Minister for not waiving off loans of farmers on time, at least in speech. Only a great person like you can do such things in a jiffy".

According to the news piece, Chouhan's reaction was to the 13-second video of Rahul Gandhi in which the latter purportedly says, "Chief Minister of Madhya Pradesh Bhupesh Baghel ji, Chhattisgarh's Chief Minister Hukum Singh Karada ji".

The speech was reportedly given by Rahul Gandhi at a poll rally in Neemuch (MP) on May 14, 2019.

State Home Minister Narottam Mishra said Singh was raking up an old tweet to "hide" his mistake of circulating an "edited" clip of Chouhan's old statement on liquor policy of the erstwhile Kamal Nath government.

"He should apologise right away. If there was such a tweet (of Chouhan) then what was he (Singh) doing at that time? Now, he is talking like this when his mistake was caught," he said.

Singh, MP Congress' social media coordinator Avinash Kadbe and ten others were booked on Monday under sections 500 (defamation), 501 (printing or engraving matter known to be defamatory), 505 (2) (public mischief) and 465 (forgery) on a complaint lodged by BJP leaders.