Congress workers had recently protested against Kangana Ranaut, who was shooting for a film in Betul district, over her allegedly insulting tweets against farmers. 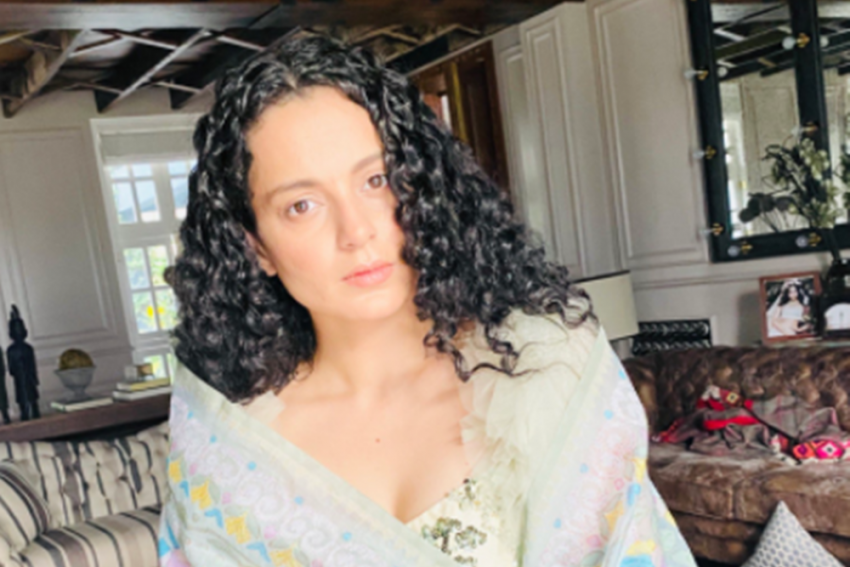 Talking to reporters in Betul on Friday, Congress MLA and former minister Sukhdev alleged that police baton-charged protesting party workers for the sake of a "Nachne-Ganewali" (a woman who earns living by dancing and singing) who had insulted farmers.

The actor hit back, calling him a "fool" and saying she is someone who refuses to do item numbers unlike some other mainstream heroines.

Congress workers had recently protested against Ranaut, who was shooting for a film in Betul district, over her allegedly insulting tweets against farmers who are protesting on Delhi borders.

Ranaut, late Friday evening, tagged a news report about Sukhdev's remarks in a tweet and said that whoever "this fool" is, he does not know that she is not like other Bollywood actors and she was the only one who refused to do item numbers or act in "big hero" films.

Asked about the controversy, senior Congress leader Digvijaya Singh on Saturday said, "Who is this Kangana?"

Earlier, when Congress leaders announced their plans to protest against Ranaut, state Home Minister Narottam Mishra had said the BJP government in the state would ensure that "behan-beti (sister-daughter) Kangana" faced no problem while shooting.