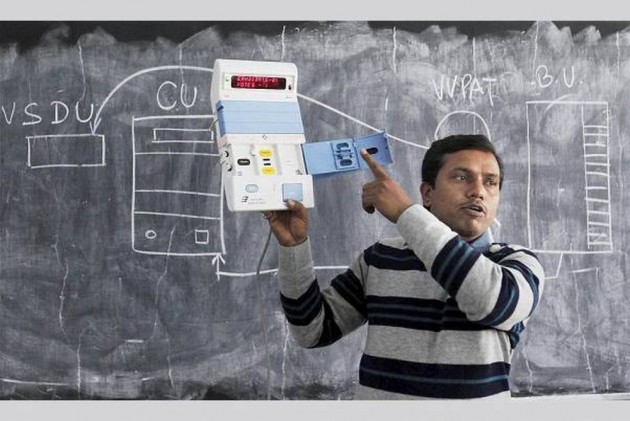 Following recovery of a huge amount of cash allegedly from a DMK candidate's office a few days ago, Lok Sabha election to the Vellore constituency was cancelled on Tuesday.

Based on the recommendation made by the Election Commission on Monday, President Ram Nath Kovind rescinded the notification to hold the Lok Sabha election to the seat which was scheduled to go to polls on April 18.

The EC took the decision after the district police had filed a complaint against the accused, Kathir Anand, as well as two party functionaries on the basis of a report from the Income Tax department on April 10.

Anand was charged under the Representation of the People Act for giving "wrong information" in his election affidavit filed along with his nomination papers, the police said. The other two, identified as Srinivasan and Damodaran, were booked under bribery charges.

The recommendation was sent to the legislative department of the law ministry Tuesday which issued the notification.

The Tamil Nadu chief electoral officer has now been informed about the decision. He will, in turn, inform the political parties and candidates about the notification, sources in the government said.

On March 30, Income Tax officials had conducted searches at the residence of Anand's father Durai Murugan over suspected use of unaccounted money for electioneering and seized Rs. 10.50 lakh in alleged "excess" cash. Two days later, they claimed to have seized Rs 11.53 crore from a cement godown belonging to a DMK leader's associate in the same district.

Murugan, however, said that he had not concealed anything. Questioning the timing of the Income Tax department's operation, he had alleged that the raids were a "conspiracy" by certain political leaders who could not face them in the electoral arena.