The Police said its personnel resorted to 'retaliatory' firing after two of the accused opened fire at police after snatching weapons from them. 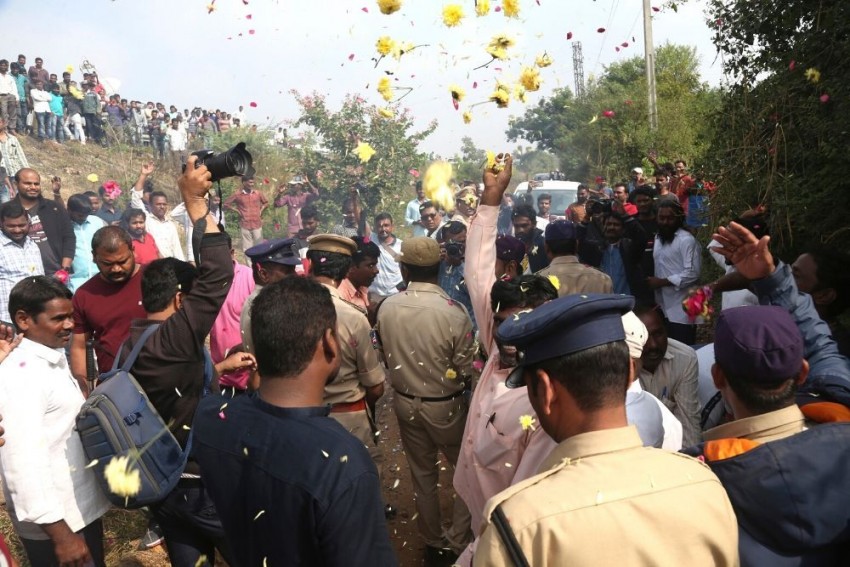 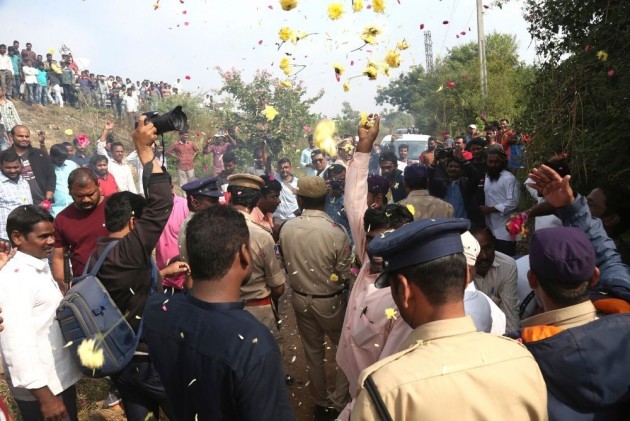 The Telangana Police on Friday said the four accused in the gang-rape and murder of a 26-year-old attacked them with sticks and snatched their weapons when they were taken to the crime scene.

According to the police, the four accused were taken to the crime scene to retrieve "material objects" such as the cellphone of the victim.

According to Cyberabad Police Commissioner CV Sajjanar, when the accused were unlocked, "they confused the police, attacked them with sticks, snatched weapons from the cops and started firing. The police had to fire in retaliation killing the four persons."

Responding to a question, Cyberabad police Commissioner CV Sajjanar said the law has done its duty.

All four accused in the gang-rape and murder of a 26-year-old female veterinarian were killed in an encounter with police Friday morning, the Cyberabad police said.

They were in remanded to 7 days' judicial custody.