The Kerala HC has stayed two orders of the Lakshadweep administration-- to close down dairy farms and remove meat products from the menu of midday meals for school children. 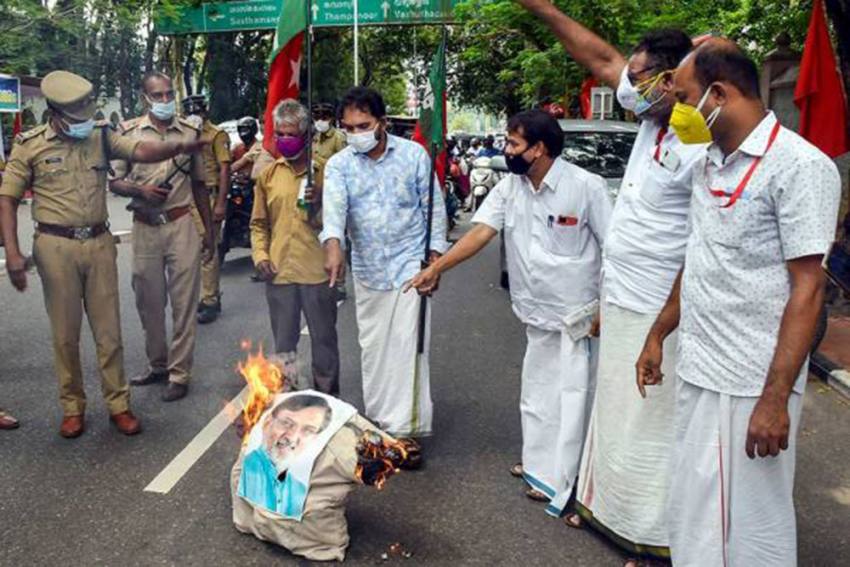 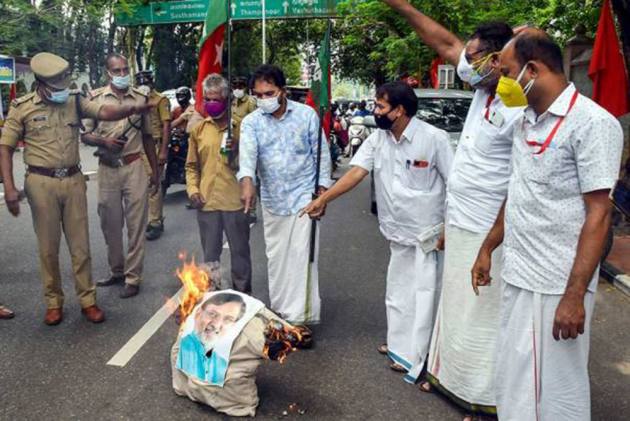 Amid protests in Lakshadweep over administrator Praful Khoda Patel’s slew of new measures, the Kerala High Court Tuesday stayed two recent orders of the Lakshadweep administration-- to close down dairy farms and remove meat products, including chicken from the menu of midday meals for school children.

Apart from these measures, locals in Lakshadweep have also been protesting and seeking the repeal of the proposed Lakshadweep Development Authority Regulation and the Lakshadweep Prevention of Anti-Social Activities Regulation (PASA or the Goondas Act).
Islanders have claimed that these new measures seek to put an end to their unique culture. Social media has been flooded with #SaveLakshadweep, with thousands people including celebrities and politicians trending the hashtag.

The Kerala HC’s stay order for the abovementioned two legislations was issued by a division bench, comprising Chief Justice S Manikumar and Justice Shaji P Chaly on a PIL filed by a lawyer from the Islands.

Petitioner Ajmal Ahmed R alleged that when Praful Khoda Patel took charge as island administrator in December last year, his top priority was to close down the farms run by the Animal Husbandry department and to 'attack' the food habits of the Islanders, being followed from time immemorial.

Challenging the May 21, 2021 order of the Director of Animal Husbandry, directing immediate closure of all the diary farms, Ahmed said it was done with an intention to implement the proposed 'Animal Preservation (Regulation),2021,' which bans slaughter of cows, calves and bulls.

He submitted that as per this proposed rule, sale and purchase of beef and beef products would be banned by closing down the farms, curtailing the islanders' source of getting milk products and forcing them to purchase milk products imported from Gujarat.

"This is nothing but interfering with the right to choose the food habits of the Island people, which is against the right enshrined under the Constitution," Ahmed alleged.

The petitioner also challenged the administrations' decision to remove chicken and other meat items from the menu of midday meals for school children in Lakshadweep.

"Now the Administrator wants to intervene and as part of his ill-motivated intention to implement his hidden agenda, a meeting of the union territory level monitoring committee was held at his instance.

As per the decision taken by said committee in the meeting held on January 27, 2021, a new menu has been suggested, totally altering the prevailing menu for mid-day meal for the students in the Islands", he alleged.