West Bengal Chief Minister Mamata Banerjee skipped meals and stayed awake the entire night on a makeshift dais along with some senior ministers and party members. 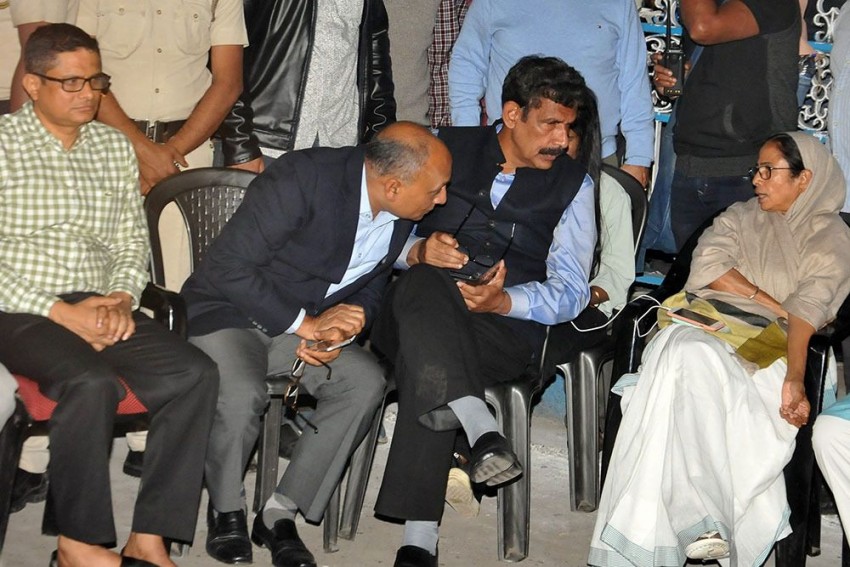 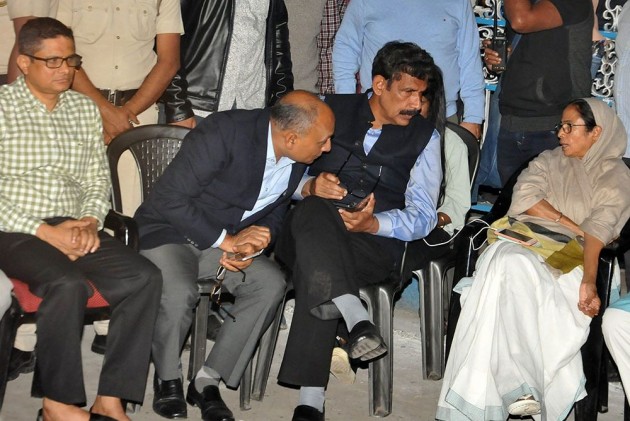 West Bengal Chief Minister Mamata Banerjee, who began a sit-in protest over the CBI's attempt to question the Kolkata Police chief in connection with chit fund scams, said Monday she will continue her "Satyagraha" till the country and its Constitution are "saved".

The Chief Minister skipped meals and stayed awake the entire night on a makeshift dais here along with some senior ministers and party members.

"This is a Satyagraha and I'll continue till the country is saved," Banerjee told reporters who accompanied her at the place of dharna.

Banerjee, who sat on the dharna around 8.30 pm Sunday to protest against "the attack on constitutional norms", was seen speaking to Trinamool Congress (TMC) leaders at the protest site on Monday morning.

The TMC supremo had said she would not attend the assembly, where the state budget would be placed by Finance Minister Amit Mitra, on Monday.

Prior to that, a cabinet meeting would be held inside a makeshift room set up behind the stage.

TMC sources said Banerjee was scheduled to attend a meeting of the party's farmers' wing in an indoor stadium here. However, she might not go there and other party leaders would address the meeting.

Asked if any of the leaders would arrive in the city to meet her, Banerjee said, "I've no idea about that. If someone wants to come, we will welcome them. This fight is not by my party. It is for my government".

"We have come here in support of our beloved didi. We stand in support of her," said a supporter Poritosh Sengupta from Halisahar.

A CBI team, which went to Kumar's residence in the city's Loudon Street area, was denied permission, bundled into police jeeps and were whisked to a police station.

The CBI wants to quiz Kumar, who led a Special Investigation Team of West Bengal police probing the scams, regarding missing documents and files.

Gandhi called up Banerjee and extended support to her, saying the entire opposition is together and it will defeat the fascist forces.