The government's move to allow mining at Dehing Patkai has led to protests all across Assam. 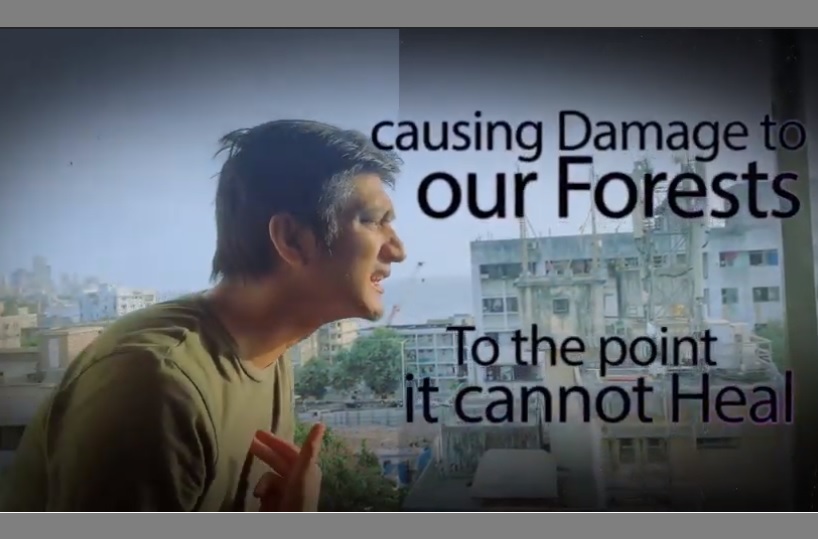 Amid the controversy regarding coal mining at the Dehing Patkai Wildlife Sanctuary in Assam, rapper and songwriter Rahul Rajkhowa has vented his anger with yet another number.

“Enough Covid-19 talk/My Assam is burning for real/Another set of Ministers desperate to steal/causing damage to our forest/to the point it cannot heal/killing the lungs of Northeast/how the hell cannot you feel…,” says the opening lyrics of the song.

The Standing Committee of the National Board of Wild Life (NBWL) under the Union Ministry of Environment, Forest and Climate Change, in its last meeting in April, had recommended approval of Coal India Limited’s (CIL) proposal for legalising the illegal mining at Dehing Patkai forest provided it fulfils 28 conditions.

In a 2.17-minute video released on YouTube, Rajkhowa slammed the political leaders, ministers and the nexus which lobby to pocket money at the cost of a natural disaster. He also mentioned the drilling project of Oil India Limited in the periphery of Dibru Saikhowa National Park.

The government's move has led to protests all across the state. Thousands have started an online campaign with the hashtag 'SaveDehingPatkai'.

The Dehing Patkai Wildlife Sanctuary is spread across 111.42 sq km while the Dehing Patkai Elephant Reserve with 937 sq km area surrounds the sanctuary as its periphery across Dibrugarh and Tinsukia districts.

“People celebrated World Environment Day on June 5. But it’s really frustrating that enough people aren’t aware of the abuse the national parks and wildlife of Assam are being put through. So here’s me doing what I do best, putting it all down in a song to make you aware,” Rajkhowa, an alumnus of Jawaharlal Nehru University, told Outlook.

“If you care about animals, forests and nature in general please do help Assam spread the word,” he added.

Taking a jibe at the government, Rajkhowa says in the video that they would be engaged in the Mandir-Masjid clash. Further, it narrates the biodiversity of the Dehing Patkai, which is full of rare avian and mammal species.

Rajkhowa is known for his hard-hitting numbers with social issues. Starting from racism to the Citizenship Amendment Act (CAA), the 25-year old has raised his voice on many fronts.

“Or else what is the use of our education? I’m privileged to use and record with a smartphone and also blessed with the skills of writing lyrics and making music. So, if I don’t use it to address social issues, it’s useless,” said Rajkhowa who is also a youth ambassador for Twitter India.