Amid all the unrest and chaos in Kerala, a powerful photograph of a woman journalist covering the violent protests in Kerala over Sabarimala is going viral.

A woman cameraperson holding her camera during the Sabarimala protest even after she was being attacked by the protesters is doing rounds on the social media.

On Thursday, Shajila Abdulrahman, a cameraperson at Kairali Television, became an unlikely social media icon after Kerala’s Mathrubhumi newspaper published a photo of her continuing to shoot a Sangh Parivar protest in Thiruvananthapuram on Wednesday even after she was attacked by participants. 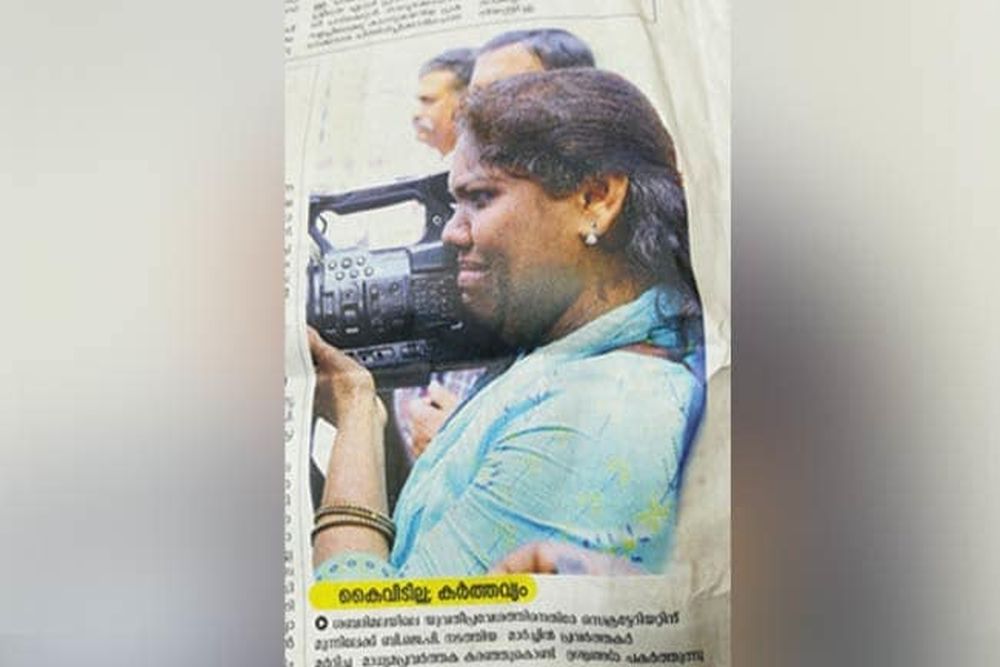 In the picture, the woman can be seen in tears but still, she kept on shooting the video of the incidents.

“I didn’t know where that kick came from. It caught me unawares and hurt my back. As I was writhing in pain, the attackers tried to snatch the camera, but I used all my strength to keep hold of it. I injured by neck in the melee," News18 quoted Shajila as saying.

"I was not crying out of fear. I was in tears because of helplessness," she added.

Groups of devotees of Lord Ayyappa held demonstrations on Thursday in different parts of the city in protest against the entry of two women of menstruating age into the Sabarimala temple in Kerala.

Journalists and camera persons have faced the ire of frenzied protesters of the saffron outfits across Kerala while trying to cover the violence spread by them.

Three media persons were injured in Thiruvananthapuram alone while covering the violence unleashed by BJP workers on the hartal day.

Two women in their 40s created history Wednesday by stepping into the hallowed precincts guarded by police three months after the Supreme Court's judgment lifting the ban on entry of girls and women between 10 and 50 years into the shrine of Lord Ayyappa, its "eternally celibate" deity.