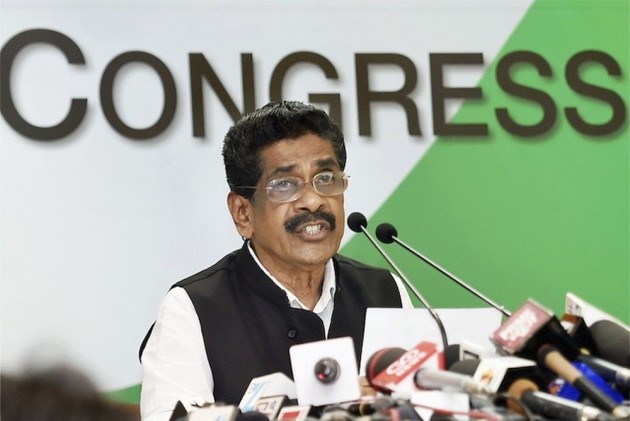 As the first phase of local body elections get under way in Kerala, Kerala Pradesh Congress Committee (KPCC) president Mullappally Ramachandran says that the Congress-led UDF will register a record  victory in the elections and the corruption charges against the CPM has dented the image of the LDF government.

Elections are being held in 395 local bodies in Thiruvananthapuram, Kollam, Pathanamthitta, Alappuzha, and Idukki districts in the first phase. The results will be announced on December 16. Excepts:

Q) The first phase of the local body elections began on Tuesday. Where do you see UDF in these elections?

The UDF will have a record victory in this election. We will repeat the 2019 Lok Sabha election results where we lost only one seat out of 20. I have been touring all 14 districts and I am overwhelmed by the response from the voters.

People of the state will vote against the CPM government as it is mired in corruption. It is a big concern that there are multiple investigations in gold smuggling cases and the narcotics cases where the party secretary’s son was involved. All the central agencies are camping in Kerala. The Chief Minister’s Office is the epicenter of corruption.

Q) While the Opposition attacks the government on corruption charges, the LDF’s campaign revolves around welfare schemes implemented by the government, including Covid management, social security pension, free ration kits among others.

The claims being made by the LDF government are false. The government didn’t undertake any development work as promised by them. There is a strong anti-incumbency factor against the government. They didn’t keep any promise in the manifesto.

Q) There are allegations that in some seats, the UDF is in secret alliance with the BJP and other communal parties..?

I challenge the CM and the CPM to cite a single instance where the UDF has struck an alliance with the BJP or any other communal party. The Congress never had any truck with RSS or any Sangh Parivar affiliations. It is the Congress party, which banned RSS twice. On the contrary, it is the Left parties, which had an understanding with Jan Sangh in the past. In 1977, when Pinarayi Vijayan contested from Koothuparamba assembly election, there was a clear understanding with Jan Sangh. We flagged that issue many times. They couldn’t refute it. The CPM supported Jan Sangh leader KG Marar at Uduma election. Even in the past, the Congress has no direct or indirect understanding with Hindu communal forces or other communal parties in Kerala or elsewhere.

Q) Congress leaders, including Rahul Gandhi has stated that the Union government is using central agencies such as Enforcement Directorate (ED) as a political weapon against Opposition parties. Do you justify the actions of ED against the Kerala government?

The situation is different from Congress-ruled governments in some states. In Kerala, the context is different. These probe agencies are capable of conducting nonpartisan investigations if they are allowed to work in an independent manner. The agency becomes polluted when there is political interference. The integrity of the agency is in doubt in some North Indian states because of political intervention. Even in Kerala, the probe is moving in a slow manner. They should act fast.

Q) The BJP is expected to make significant gains in this election. Do you see the possibility of BJP performing better than the 2015 elections?

It is not true. The BJP didn’t field candidates in 2,500 wards, where they had candidates last time. What does that show? This election is a curtain-raiser of the upcoming Assembly elections.

Q) There are reports of factional fights within the Congress. Will it mar the prospects of the party?

I will deny those reports. There is not even a single instance of infighting in the party. The less number of rebel candidates in the fray shows unity.