Participating in a protest organised by AAP’s Punjab unit at Jantar Mantar, Delhi Chief Minister Arvind Kejriwal has demanded for a complete rollback of the recently enacted farm laws. He also demanded for a legislation to be brought in to safeguard Minimum Support Price (MSP). 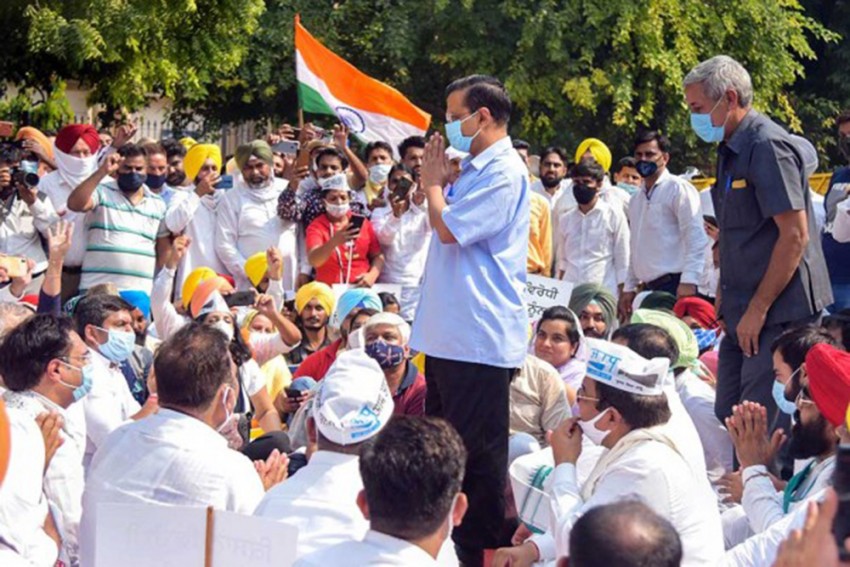 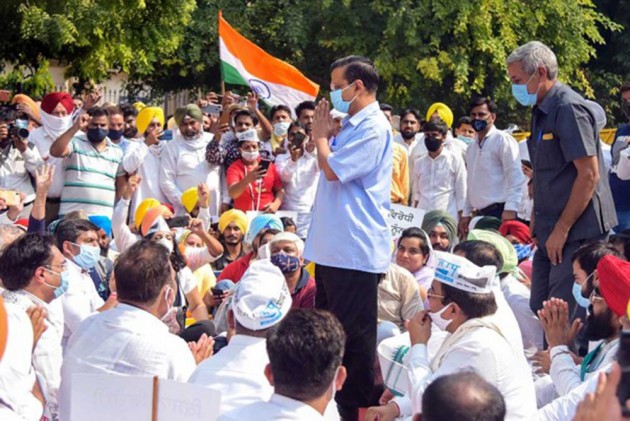 Delhi Chief Minister Arvind Kejriwal on Monday participated in a protest, demanding a complete rollback of the recently enacted farm laws. Addressing AAP workers at Jantar Mantar, Kejriwal claimed that the party has taken a very clear stand on the issue. "We want a complete rollback of the three farm laws. It is non-negotiable," he said. The Delhi CM also demanded for a legislation to be brought in to safeguard Minimum Support Price (MSP).

“Delhi is standing with the farmers in this fight against the new farm laws and as the Delhi Chief Minister, I support you in this protest,” Kejriwal said while addressing the protestors. Kejriwal also accused a few opposition parties of politicising the farm laws.

"When one of the farm bills was introduced, one particular leader from a national party was a member of the committee that introduced the bill. He congratulated the BJP for introducing the bill. Now, that the bill has passed, he is protesting it. Are people stupid?" Kejriwal questioned, without naming anyone.

He also alleged that the BJP promised to implement the recommendations of the Swaminathan Commission report but failed to keep its promise. "When they (BJP) came asking for votes they said they will implement the Swaminathan report, but after winning what did they do? They are doing away with MSP. The BJP has betrayed the farmers of this country," Kejriwal said.

Numerous farmers’ organisations throughout the country have termed these farm laws as “anti-farmer,” claiming that the laws, will pave way for the centre to dismantle the minimum support price system. Farmers have also claimed that the new laws will favour corporates.

However, the central government has maintained that the new farm laws will provide farmers with better opportunities and usher in new technologies to modernise the agriculture sector.