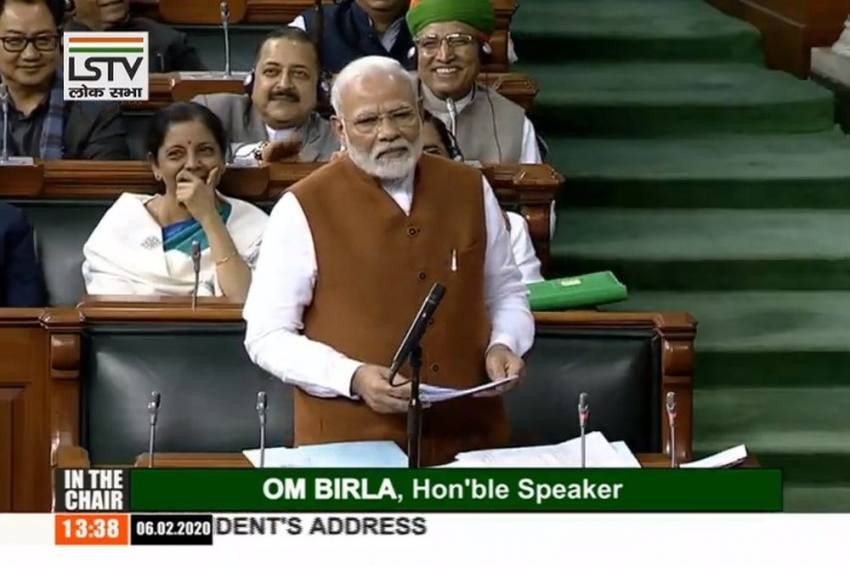 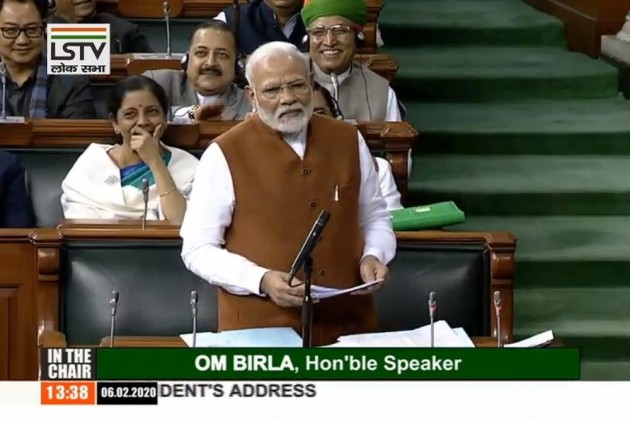 Prime Minister Narendra Modi on Thursday took up the cudgels against the Opposition parties, particularly Congress, saying the identity of Kashmir was buried on January 19, 1990, a reference to the exodus of Pandits from the Valley.

Replying to a debate on Motion of Thanks to the President's Address in Lok Sabha, PM Modi also slammed the state leadership of Jammu and Kashmir, criticising former CMs Mehbooba Mufti, Farooq Abdullah and Omar Abdullah for their remarks post the abrogation of Article 370.

"There were statements made by former Chief Ministers of Jammu and Kashmir that were unacceptable. These are leaders who don't trust Kashmiri people that is why they used such language, but we trusted Kashmiris and abrogated article 370," the prime minister said in a marathon speech.

Besides this, Modi targetted Congress and other opponents, saying, "Much had been said about Citizenship Amendment Act (CAA), ironically by those who love getting photographed with the group of people who want ‘Tukde Tukde’ of India.

In a veiled attack on Madhya Pradesh Chief Minister, Modi said: "You (Congress) did not send those who are accused in the anti-Sikh riots to jails."

"Not just that, you also made someone, who has accused of instigating anti-Sikh riots, a Chief Minister."

Modi also attacked Congress for its politics in the last seven decades, saying the party's politics of the last 70 years has been such that no Congress leader can be self-sufficient.

"The people of India saw our work for five years. They once again blessed us, so that we work even faster," he said.

Watch: Candidates, Parties Or Protests? What Matters The Most To The Delhi Voter