Nearly 97,000 people have so far returned to the Valley in special trains, buses and flights, increasing the need for quarantine centres. 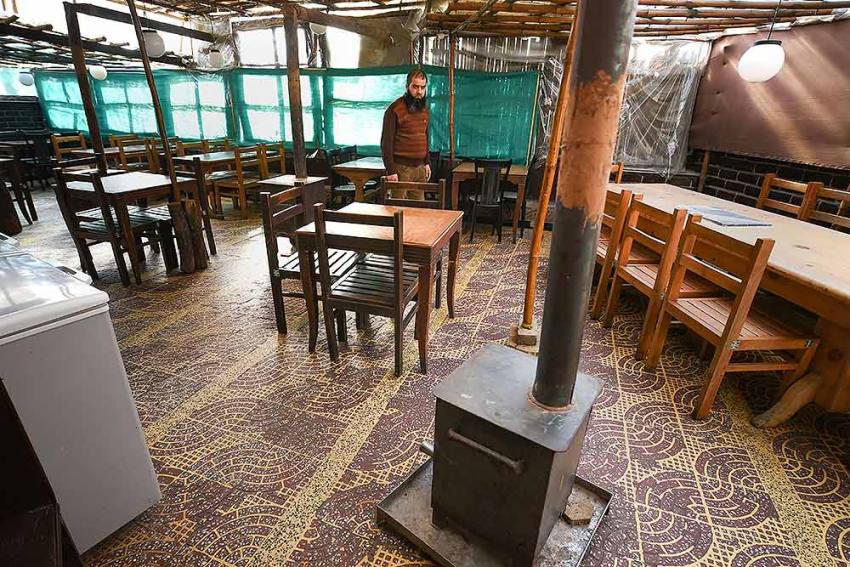 A view of a closed restaurant in the wake of deadly coronavirus, in Srinagar.
PTI Photo
Naseer Ganai 2020-05-30T17:39:37+05:30 No Relief For Kashmir Hotels Turned Quarantine Centres As Govt Holds Back Payment 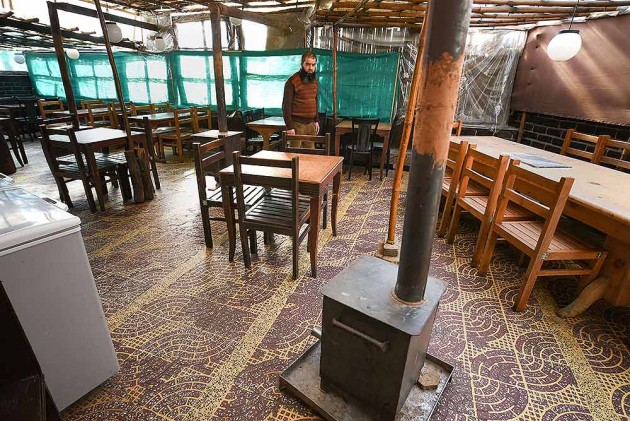 The hotels in Kashmir, which were closed since August 5, 2019, got economic relief during the Covid-19 pandemic after the government hired them to quarantine thousands of people returning from different parts of the country and abroad. But a number of hotel owners say the government has not released their payment, which has increased their anxieties.

“I have 50 room hotel on the Boulevard Road at Dal Lake and since April 10 it is government declared quarantine facility. In my hotel, I provide quarantined people breakfast, lunch and dinner. But the government has released only Rs 80,000 so far in my favour,” says a hotelier.

Hoteliers here say they have submitted Rs 4,500 bill per day along with GST to the government and it is in accordance with the procedure adopted in Delhi and other places. “The government hasn’t released us any payment. It is not fixing even rate. That is worrying us,” says a hotelier.

Ahead of abrogation of Article 370 on August 5 last year, the government ordered pilgrims and tourists to leave Jammu and Kashmir and since then tourists haven’t returned to the Valley forcing hotels to close down their businesses.

“We have been in the Covid-19 lockdown after a long lockdown imposed on August 5. The government’s decision to use hotels as quarantine centres was economically beneficial to some extent but it is not substitute to normal business,” says the hotelier, adding the government should realise payment of hotels.

“We are not sure after this quarantine period will be over what would we do,” he said.

In early April, hotel owners were reluctant to allow the government to use their hotels for quarantine facilities even though they were almost closed fearing the hotels would get contaminated due to Covid-19 and tourists wouldn’t prefer them in the post-pandemic world. This forced the government to take some hotels forcibly given the influx of people coming from outside to the Valley especially from Bangladesh.

“Some hoteliers understood the problem and allowed us to use their hotels free for accommodation without charging anything,” says senior revenue department official Saimiullah Naqshbandi. “We made them understand that hotel quarantine would help in containing Covid-19. They let the government use hotels provided the government starts its own catering services for the quarantined people,” he says.

Along the boulevard road facing Dal Lake, the government has hired almost all hotels and other hotels in other areas of Srinagar and other districts. The official says the government, apart from providing food services, would give facilities like towels, soaps, medicine to the quarantined people. The administration in Srinagar also provides catering for 3,000 to 5,000 people daily.

Nearly 97,000 people have so far returned to the Valley in special trains, buses and flights from different parts of the country and outside.

Since May 23, the government started paid quarantine and a lot of hotels, which were earlier reluctant to allow their facility to be used as quarantine centres, are coming forward. Under the paid quarantine rate of top hotels like Taj Vivanta has been fixed Rs 7,500 per night while the rate of four-star hotels is Rs 3,500; in other hotels, the government rate is Rs 1,200 for a single room and Rs 1800 for a double room. Officials say only ten people have opted for quarantine at Taj Vivanta. The government has also provided free quarantine at different areas including stadiums and marriage halls, an official says.

Sheikh Ashiq, president Kashmir Chamber of Commerce and Industries, says even if the hotels in Srinagar, Pahalgam and other areas were used as quarantine facilities it is not a substitute to the tourism and clientele they would get otherwise.

“For the past one-year, the tourism industry has got wiped out from the map of J&K. Hotels are not doing any business and they have loans to pay. We are demanding a comprehensive financial package for Kashmir to overcome the stress faced by the business community here including hoteliers since last one year,” he says.