The unfortunate killing of non-local labourers comes even as a delegation of 29 European Union MPs are currently in the Valley to asses the ground situation, almost three months after the state was stripped of its special status. 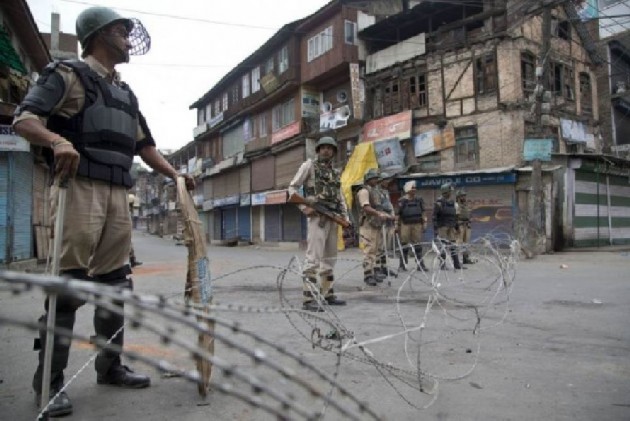 Five non-Kashmiri labourers were killed and another was injured in firing by militants in Jammu and Kashmir's Kulgam district, police said on Tuesday night.

Security forces have cordoned the area and a massive search operation is currently underway, news agency ANI reported, adding additional security forces have also been called in. Those killed were believed to be from West Bengal and were working as daily wagers.

The injured person was identified as a mason from Kulgam, according to police. "We have rushed a police party headed by the Deputy Inspector General of South Kashmir," Jammu and Kashmir Director General of Police Dilbag Singh told NDTV, adding that multiple bodies have been recovered.

The unfortunate killing of non-local labourers comes even as a delegation of 29 European Union MPs are currently in the Valley to asses the ground situation, almost three months after the state was stripped of its special status.

On Monday, a truck driver was killed by suspected militants J&K's Anantnag district. This was the fourth trucker killed since August 5.

Militants had hurled a grenade near a bus stand in Sopore town of north Kashmir, injuring 20 civilians the same day.

Earlier on  Tuesday, terrorists fired upon a bullet-proof mobile bunker of the CRPF in Pulwama but there were no casualties, officials said.

The paramilitary force officials said the militants fired multiple gunshots on the mobile bunker (sentry post atop a four-wheeler) of the 72nd battalion of the Central Reserve Police Force (CRPF) at about 3:30 pm when it was stationed in the Drubgam area of Rajpora in Pulwama district.

At least six to eight bullets were fired by the terrorists at the CRPF post when the personnel were deployed on law and order duty in the area, they said.

The firing took place near a school where class 10 board examinations were underway, but officials said the educational institute was not the target.

CRPF troops opened fire in retaliation, they said, adding that no casualties have been reported on either side.

On October 16, a migrant labourer from Chhattisgarh was shot dead by terrorists in Pulwama district of south Kashmir.