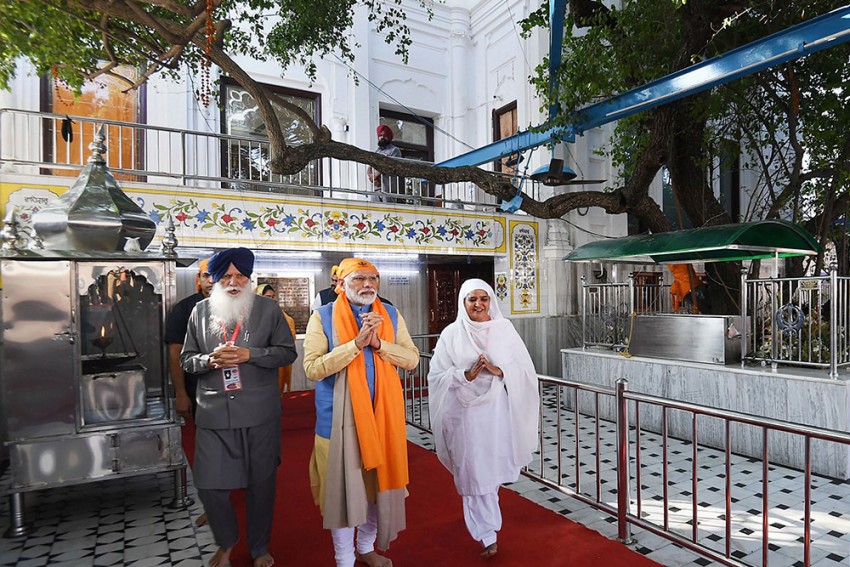 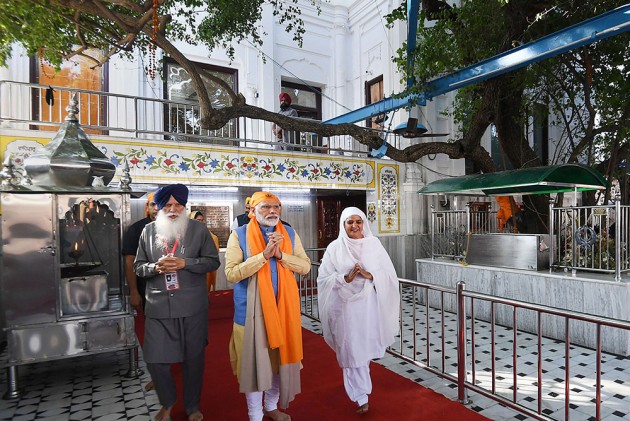 Prime Minister Narendra Modi on Saturday inaugurated the Kartarpur corridor at Dera Baba Nanak in Gurdsapur and flagged off the first batch of over 500 Indian pilgrims.

Modi flagged off the first batch of over 500 Indian pilgrims led by Akal Takhat Jathedar Giani Harpreet Singh to Gurdwara Darbar Sahib through the corridor, which was thrown open to public on the occasion of the 550th birth anniversary of Sikhism founder Guru Nanak Dev.

The prime minister inaugurated the passenger terminal building of the corridor on the Indian side, also known as Integrated Check Post, where pilgrims will get clearance to travel through the newly-built 4.5 km-long corridor.

The state-of-the-art Passenger Terminal Building is on 15 acres land. The fully airconditioned building akin to an airport has over 50 immigration counters for facilitating about 5000 pilgrims a day. It has all the necessary public amenities like kiosks, washrooms, childcare, first aid medical facilities, prayer room and snacks counters inside the main building.

Giani Harpreet Singh, the Jathedar of Akal Takht, will lead the Indian delegation as the religious leader.

A 300 feet National Flag has been hoisted at the International Border.

Pakistan Prime Minister Imran Khan also inaugurated the other side of the Kartarpur Corridor, apart from other events that will be hosted to mark Guru Nanak Dev's birth anniversary.

India and Pakistan had on October 24 signed an agreement on the modalities for operationalising the Kartarpur Sahib Corridor, paving way for its inauguration ahead of the 550th birth anniversary of the Sikh Guru.

The corridor will facilitate visa-free movement but Indian pilgrims are required to carry their passports and will have to just obtain a permit to visit Kartarpur Sahib Gurdwara, which was established by Guru Nanak Dev in 1522.