The Congress leaders were planning to intervene and resolve the Karnataka crisis after 10 rebel Congress-Janata Dal-Secular (JD-S) legislators remained holed up inside the hotel. 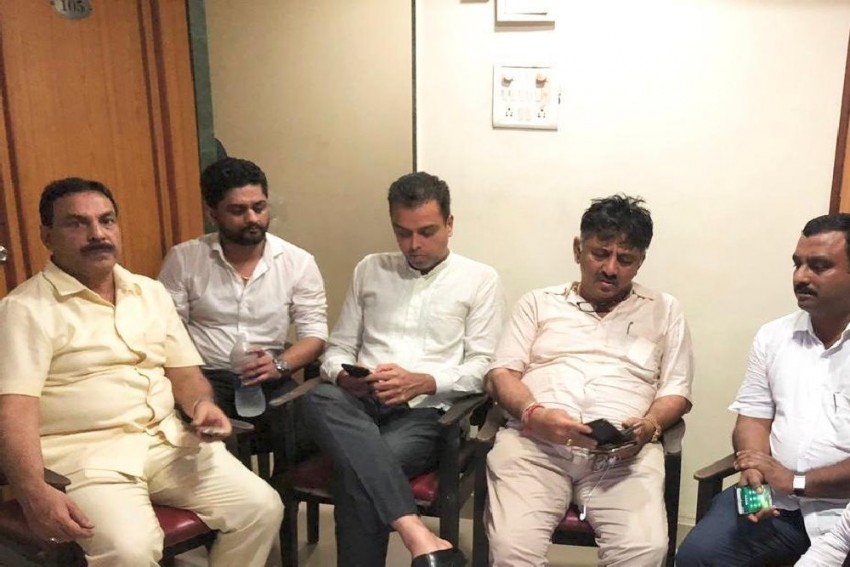 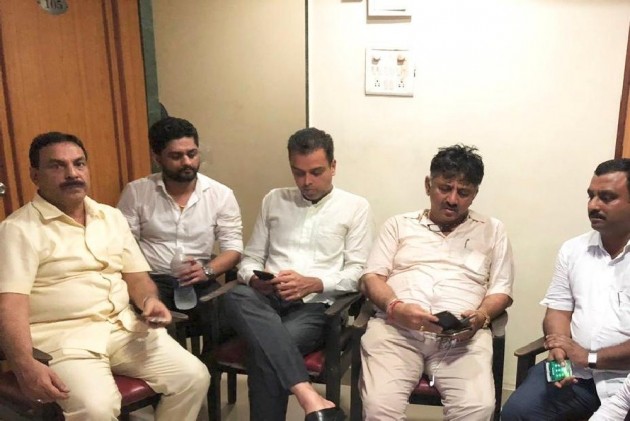 Milind Deora, former Mumbai Congress chief, and Karnataka minister DK Shivakumar, along with other leaders, were on Wednesday afternoon detained by Mumbai police from outside Hotel Renaissance, officials said.

Nadeem Khan, the Deputy House Leader of the Congress in the Maharashtra Assembly, was also among the detainees, news agency IANS reported.

The Congress leaders were planning to intervene and resolve the Karnataka crisis after 10 rebel Congress-Janata Dal-Secular (JD-S) legislators remained holed up inside the hotel.

However, the Mumbai Police, saying it had imposed prohibitory orders around the hotel premises, detained these leaders for allegedly flouting the restrictions and took them away in waiting vans. They have been moved to Kalina University rest house,  according to ANI.

Meanwhile, another senior Congress leader Ghulam Nabi Azad, who was flown to Karnataka to take control of the situation, was also detained while protesting outside Raj Bhawan in Bengaluru, ANI reported.

Azad flew to Bengaluru on Tuesday night to rein in the party's dozen rebel legislators, including Reddy, who resigned on July 6, expressing lack of confidence in their 13-month-old government.

"Azad spoke to Reddy on the phone earlier in the day and asked him to withdraw his resignation and help the party save the coalition government," party's state unit spokesman Ravi Gowda told IANS.

Earlier in the day, Shivakumar and Deora, accompanied by other leaders, were stopped from entering the hotel where the rebel MLAs are currently lodged.

Former Karnataka chief minister BS Yeddyurappa has said that CM Kumaraswamy has "no moral right" to continue heading the government.