Home  »  Website  »  National  »  Karnataka Live: 'I Need To Examine Resignations All Night, Ascertain If They Are Genuine,' Says Speaker

Ramesh Kumar on Thursday moved the Supreme Court seeking more time to deal with resignations of rebel MLAs, hours after the apex court ordered disgruntled legislators to meet the Speaker at 6 PM and submit resignations in person. 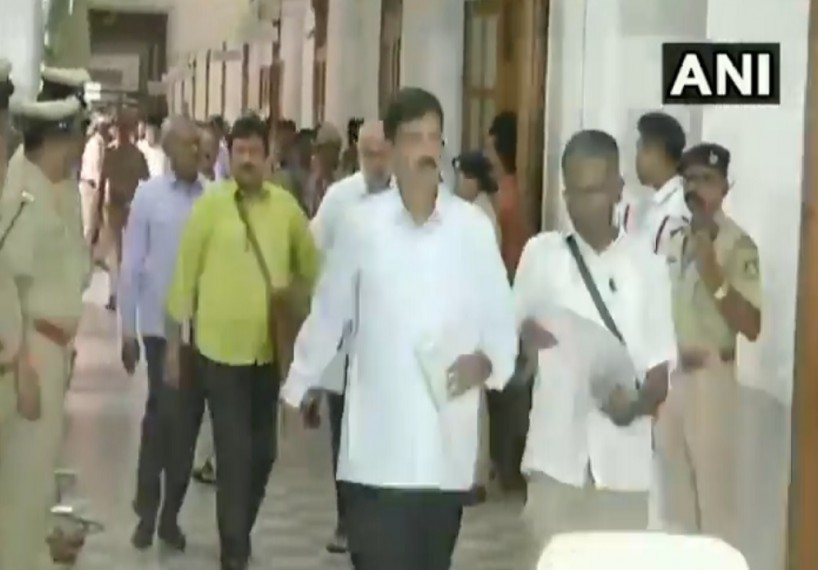 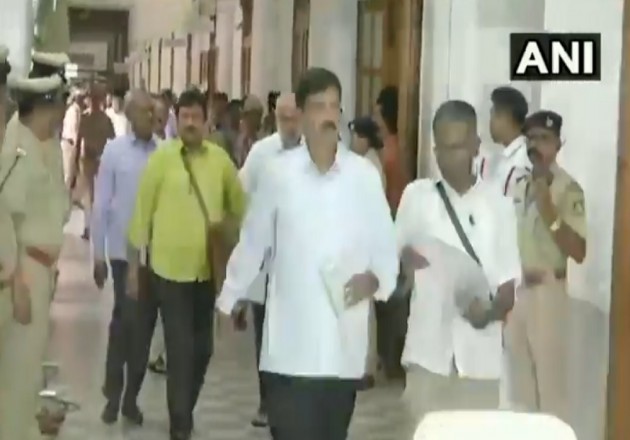 Rebel Congress-JD(S) MLAs, who were holed up in a five-star Mumbai hotel since last week after resigning from the Karnataka assembly, have arrived in Bengaluru to meet Speaker KR Ramesh Kumar.

Kumar on Thursday moved the Supreme Court seeking more time to deal with resignations of rebel MLAs, hours after the apex court ordered disgruntled legislators to meet the Speaker at 6 PM and submit resignations in person.

The court, however, refused an urgent hearing on the matter, saying it will stick to the time it fixed to take up the case that is Friday.

Earlier in the day, the apex court said the Karnataka Speaker has to take a decision in remaining part of the day.

7:33 PM: "They (rebel MLAs) told me that some people had threatened them and they went to Mumbai in fear.

"But I told them that they should've approached me and I would've given them protection.

"Only 3 working days elapsed, but they behaved like an earthquake occurred," Speaker KR Ramesh Kumar.

7:29 PM: "The Supreme Court has asked me to take a decision. I have videographed everything and I will send it to the Supreme Court," says Speaker KR Ramesh Kumar.

7:26 PM: "I need to examine resignations all night, ascertain if they are genuine," says speaker.

7:19 PM: Speaker KR Ramesh Kumar says, "MLAs don't communicate to me and rush to the Governor. "

"What can he do? Is it not the misuse? They approached the SC. My obligation is to people of this state and the Constitution of the country. I am delaying because I love this land. I am not acting in haste," he says.

7:10 PM: I felt hurt when I saw the news that I am delaying the process, Kumar said, adding Governor informed me on July 6. "I was in office till then and later, I left for personal work. Before that, no MLAs informed that they were coming to meet me," he says.

7:06 PM: It's not my duty to say who will leave and who will stay, says Ramesh Kumar.

6:56 PM: It's been over 50 minutes since the rebel MLAs and Speaker sat for a meeting, 6 days after 13 Congress-JD(S) MLAs resigned from the assembly and flew to Mumbai where they stayed at a five-star hotel. NDTV reports that an aircraft is currently on standby at the HAL Airport and could once again take these MLAs back to the maximum city.

6:13 PM: Meanwhile, Congress Chief whip in Karnataka Assembly Ganesh Hukkeri issues whip to party MLAs to attend tomorrow's session to pass the finance bill and other matters, failing which absent MLAs will be disqualified under the anti-defection law.

6:10 PM: Rebel MLAs have also reached the Assembly where they are expected to meet Speaker KR Ramesh Kumar.

6:07 PM: West Bengal Chief Minister Mamata Banerjee is believed to have told her Karnataka counterpart HD Kumaraswamy that he shouldn't be giving in to the pressure exerted by the BJP, PTI reported.

Banerjee, stung by defections herself with several of the Trinamool Congress MPs and MLAs joining the BJP, dialled the Karnataka chief minister last evening and spoke to him over the political crisis in the state, the sources said.

They said it was during this conversation that Banerjee suggested about the protest by opposition parties in Parliament on Thursday. It was decided that the protest should be led by some other party than the Congress as the grand old party, which is itself embroiled in a leadership crisis, may fail to unite the opposition.

5:57 PM: Speaker K Ramesh Kumar has Reached the assembly where the disgruntled MLAs will meet him in person and submit their resignations.