BJP's protest comes a day after Congress leaders staged a dharna in Bengaluru accusing the saffron party of trying to destabilize the state government by undemocratic means, using money and political power. 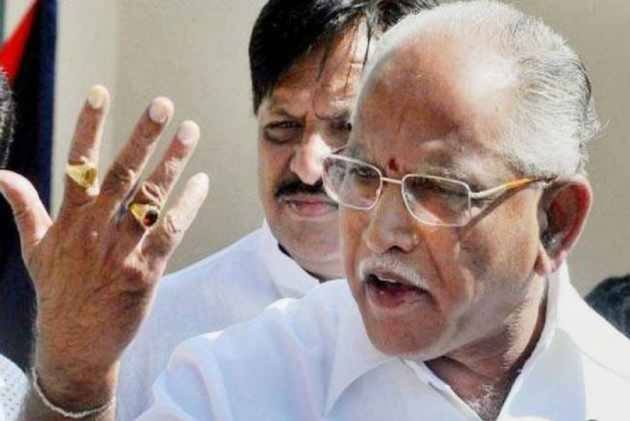 BJP in Karnataka has decided to stage a dharna in Bengaluru on Wednesday, demanding the resignation of Chief Minister H D Kumaraswamy, who it claimed, has lost majority after 14 MLAs of the ruling Congress-JD(S) quit.

The coalition has been rocked by the resignations of 14 MLAs - 11 of Congress and three of JDS.

"I have held discussions with our legislators and we have decided to hold a protest in front of the Gandhi statue at 11 AM, demanding the resignation of Chief Minister Kumaraswamy who has lost majority," party state unit Chief B S Yeddyurappa told reporters in Bengaluru.

The former Chief Minister has been holding a series of meetings with party leaders at his residence since morning on the ongoing political developments and BJP's plan of action.

According to sources, Yeddyurappa is expected to meet Governor Vajubhai Vala at the Raj Bhavan on Wednesday.

In a blow to the Kumaraswamy led Congress-JD(S) government, the number of coalition MLAs who have resigned has increased to 14, with the addition of R Roshan Baig on Tuesday.

The ruling coalition faces the threat of losing its majority if the resignations of the rebel MLAs are accepted.

With the support of the two independents, who Monday resigned from the ministry, the BJP has 107 MLAs in the 224 member House, where the half-way mark is 113.

If the resignations of the 14 MLAs are accepted, the coalition's tally will be reduced to 102.

The Speaker also has a vote.

Meanwhile, a delegation of BJP leaders,led by party state General Secretary Arvind Limbavali went to the office of the Speaker Ramesh Kumar to meet him, but he was not there.

Speaking to reporters, Limbavali said they had come to meet him regarding the assembly session, starting from July 12.

"But the Speaker has told us he is away, so we will seek an appointment once again and meet him," he added.