Kabuliwalas in Kolkata usually visit from one door to the other selling wares from their country, mostly dry fruits, rugs and perfume, or deal in the business of lending money. 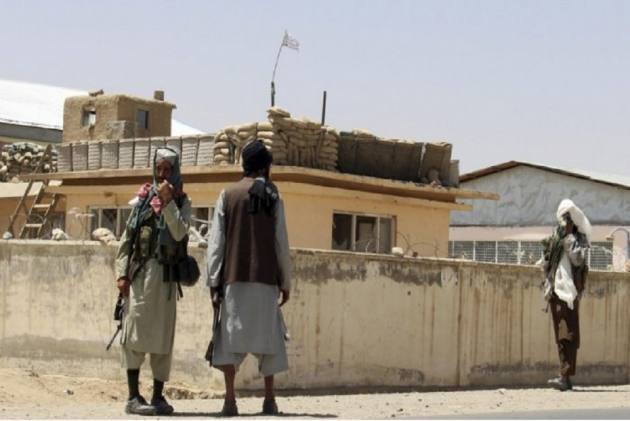 Afghans in Kolkata -- commonly known as Kabuliwalas (people of Kabul)- are a worried lot with the Taliban taking control of Afghanistan after sweeping into its capital city.

They have not been able to get in touch with their family members back home amid the crisis.

Kabuliwalas usually visit from one door to the other selling wares from their country, mostly dry fruits, rugs and perfume, or deal in the business of lending money.

Fifty-eight-year-old Omar Masood, a moneylender who has been living in the city for the past several decades, said that he hasn't been able to establish contact with his family and friends in Kunduz over the past two weeks.

"It was in July that I last spoke to my younger brother and family. Since May, I have been asking them to leave Afghanistan and move to either India or any other country... I am clueless about their whereabouts now," Masood said.

Taliban fighters, who were removed from power in Afghanistan by US-led forces in 2001, have resurfaced again, taking control of key cities including Kabul on Sunday, after the government there collapsed and embattled president Ashraf Ghani fled home, much like his fellow citizens.

Thousands of people have died and millions have been displaced in the conflict.

Mohammed Khan (49), who moved back to Kolkata from Kabul last year, said the situation in his country had been taking a turn for the worse for a while now.

"I I left Afghanistan in the mid-nineties after the Taliban took control of the country for the first time. But in 2017, I decided to return as everything seemed fine back then. I even opened a shop there. But after the US decided to withdraw its forces from the country, things started going downhill. I had no option but to shift to Kolkata with my immediate family,” he explained.

Khan further said that he had been spending sleepless nights with no news from his extended family on the outskirts of Kabul.

"Many people from my family were killed by the Taliban in the 90s as we were opposed to their regime. I don't know what fate awaits my family there," he rued.

Several Afghans living in the city expressed hope that the Indian government will give shelter to the refugees who have fled the war-torn country.

"We would request the authorities in India to look after the Afghan refugees as they have no place to go," 60-year-old Omar Farooqi said.

Farroqi also stated that one of his relatives studying in Pune has decided to file an application for extension of student visa as he does not wish to return to the Taliban-controlled country.

Echoing him, Yasmin Nigar Khan, a senior member of an association for the Pashtuns living in India, appealed to the Narendra Modi government to help Afghanistan tide over the crisis and restore normalcy.

She asserted that Afghan citizens neither support the Taliban nor any form of terrorism.

“We would appeal to the Indian government to help Afghanistan restore normalcy. India and Afghanistan share a historical relationship. It is the duty of India and other world powers to help the people of the country amid this crisis. It would be a grave injustice if Afghans are left to fend for themselves,” Khan, the general secretary of All India Pakhtoon Jirga-e-Hind, told PTI.

Kabuliwalas had been visiting Bengal since the late 19th century for door-to-door sale of merchandise, and the profits earned by them are mostly ploughed into the money-lending business.

Nobel laureate Rabindranath Tagore, in one of his iconic works written in 1892, immortalised the Kabuliwalas in a tale of friendship and sacrifice.

Shortly after Independence in 1947, when formal trade between the countries began, the Kabuliwalas found their market for dry fruits shrinking, with most switching over to the business of money lending once and for all. Many of them had even procured a license for the business.

According to some Afghan residents of the city, with the advent of the easy banking system, microfinance companies, Kabuliwalas are struggling to keep their business afloat.

Such is the dismal state of affairs that the number of Afghans in the city has come down from 10,000 in 2001 to a little over 1,000 at present. Many of them went back to Afghanistan after peace returned to the country, following its first parliamentary elections in 2005.

Official sources said there are around 15-20 Afghan kothis or tenements left in the city where the Pathans live with their friends and families.

Mullah Khan, who has been residing in Kolkata for the last four decades, lamented that he wanted to spend his retired life in his hometown in Kandahar, but that seems to be a distant dream, given the circumstances.

"After my father left for his homeland in 1981, I took over his dry fruit business in Kolkata. Later, I shifted to the money-lending business. I, too, had decided to return to my homeland by next year. But now it seems to be a distant dream," said Khan, whose relatives were killed by the Taliban in 1999.