John Abraham Announces 'Satyameva Jayate 2' To Release On May 14

Abraham shared the news of the film's release date on social media as he celebrated the country's 72nd Republic Day. 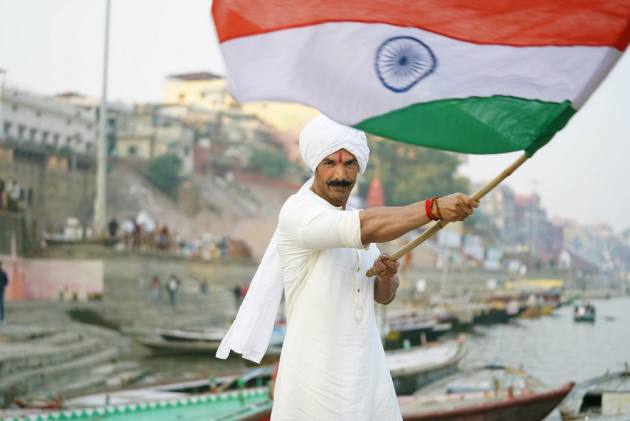 Actor John Abraham shared the release date of his film "Satyameva Jayate 2" on social media today, with the movie hitting theatres on Eid this year.

The sequel has been slated for a May 14, 2021 release and will be produced by Bhushan Kumar's T-Series and Emmay Entertainment, the Milap Zaveri-directed film is a sequel to the 2018 hit and also features Divya Khosla Kumar.

Abraham shared the news of the film's release date on social media as he celebrated the country's 72nd Republic Day. The 48-year-old actor uploaded a photo in which he is donning a white kurta-pyjamas along with a turban and holding the National flag.

"Tann Mann Dhann, se Badhkar Jann Gann Mann! The team of #SatyamevaJayate2 wishes everyone a Happy Republic Day! See you in cinemas this EID on 14th May 2021," Abraham captioned the photo, which he shared on his Twitter and Instagram account.

See you in cinemas this EID on 14th May 2021 pic.twitter.com/iFSMq9qMrS

"Satyameva Jayate 2" is a departure from its original Mumbai setting and will see Abraham fighting corruption in Lucknow.

Last week, superstar Salman Khan had said his much-awaited film "Radhe - Your Most Wanted Bhai" will arrive in theatres on May 13 this year coinciding with Eid.

Directed by Prabhudheva, the action drama was scheduled to hit screens during Eid on May 22, 2020, but was delayed due to the coronavirus pandemic.