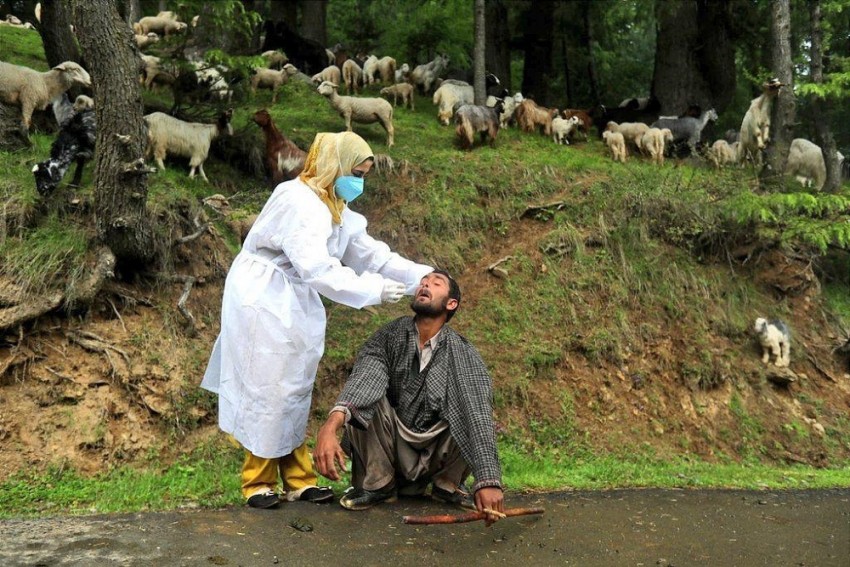 Health officers are being deployed at many points which the nomadic tribes cross so that they can be intercepted for the collection of samples
Jeevan Prakash Sharma 2021-06-11T13:35:05+05:30 J&K Holds Covid Test Camps For Nomadic Tribes, Vaccination Remains A Challenge 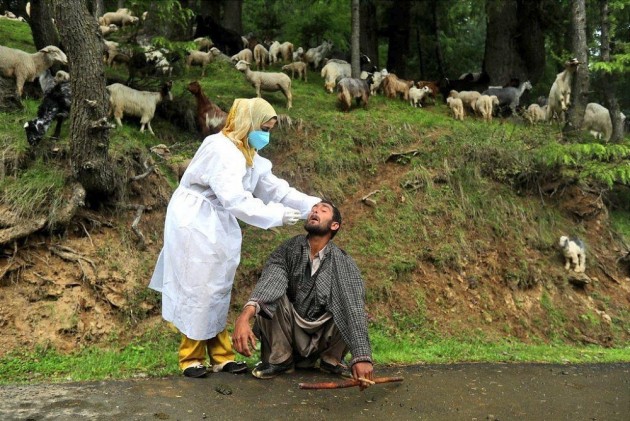 The Jammu and Kashmir health department is holding Covid tests camps for nomadic tribes - Bakkarwals and Gurjers -while they are on the move to the areas of high altitude.

They cover 300 to 400 km in almost a month. With the spread of Covid infection in rural areas, the health department wants to ensure they are not carrying the virus to other areas as they are on the move.

“They can take the infection from their villages in Jammu to many other places in Kashmir such as Sonmarg, Kishtwar etc. Besides, we are also concerned about their health status as they walk in jungles and in case their condition deteriorates, they might not have access to the immediate medical facilities,” said SM Kadri, Assistant Director, State Nodal Officer, Climate Change and Human Health (CCHH), Directorate of Health Services, Kashmir.

He adds, “These tribes rear sheeps and horses for their livelihood. While on the way, some of them also help tourists in transporting goods. They spend winters in the Jammu districts of Rajouri, Nowgam, and Poonch etc. However, in summer, it becomes unbearable for cattle and livestock in plains. So, they move to the hills and stay there till October. They walk back before winter starts."

None of the tribes have tested positive yet as per the records available with the health department.

Outlook spoke to the heads of tribal villages who say that some of their members had developed fever in April but didn’t aggravate or cause any serious complications.

“Their samples were tested but they didn’t test positive for Covid,” Nur Hussain, head of Kathera village in Kathua district said.

Hussain is at present in one of the hilly villages in Kishtwar district where he will stay till September end. He walked with his herd of sheep for almost a month and covered 350 kms to reach there. Many of his tribes have settled in villages in Doda and Udhampur districts as well.

He says that vaccination will be a real challenge as they are in villages and forest areas and return only during winters now.

“We are in such remote and forest areas that it is very difficult for health care workers to come here and vaccinate us. It is only possible once we are back to our villages in October," Hussain said.

However, Kadri says that this group of the population categorized as high priority group will get vaccinated in the districts where they travel and special vaccination sessions are arranged for these groups of the population.

Dr Tajamul Hussain Khan, Chief Medical Officer in Budgam conducted the camps for the collection of samples. The task has been quite challenging as tribes are on the move during the day.

“Health officers are being deployed at many points which these nomadic tribes cross so that they can be intercepted for the collection of samples,” Dr Nazir said.

This Birthday, That Birthday ... A Tale Of Lalu Yadav’s Fluctuating Fortunes