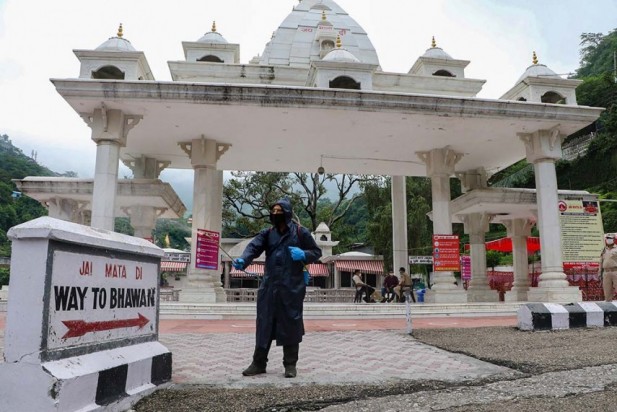 Jammu and Kashmir Lt Governor Manoj Sinha on Thursday released a silver souvenir coin in honour of the Hindu deity Vaishno Devi ahead of festivals of Navratri and Diwali. The 20-gram silver coin depicting the deity was released by Sinha, the chairman of the Shri Mata Vaishno Devi Shrine Board (SMVDSB), at the 68th meeting of the SMVDSB at the Raj Bhavan in Jammu.

Ahead of the release, the SMVDSB had developed gold and silver coins weighing 2 grams, 5 grams and 10 grams depicting the idol of Mata Vaishno Devi, according to the officials. The coins are available at souvenir shops at Bhawan, Jammu Airport, Katra and Vaishnavi Dham in Jammu, the officials said.

The rates of the coins depend on their weight and the prevailing gold and silver rates.

Sinha also inaugurated a digital library established at the Shri Mata Vaishno Devi Spiritual Growth Centre, Katra. The initiative is aimed at making the process of looking for information in books easier, they said.

While chairing the meeting of the shrine board, the LG also reviewed the pilgrim-centric infrastructural facilities put in place by the board.

He emphasised the need for extending the best possible facilities to the pilgrims in sync with the emerging requirements and with a special focus on cleanliness and hygiene.