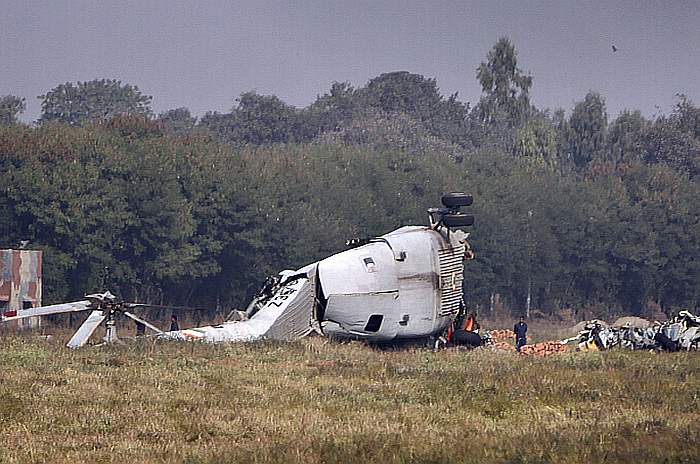 The chopper was arriving from Pathankot when it was forced to make a crash-landing in an Army area in Kathua’s Lakhanpur belt, senior police officer Kathua Shailendra Mishra told PTI adding that the pilots were rushed to a nearby military hospital soon after the accident.