Jitin Prasada Joins BJP: Bad Optics For Congress, But Jitin Is No Jyotiraditya

Jitin Prasada had been sulking in the Congress for well over two years and his impatience over being sidelined was common knowledge. 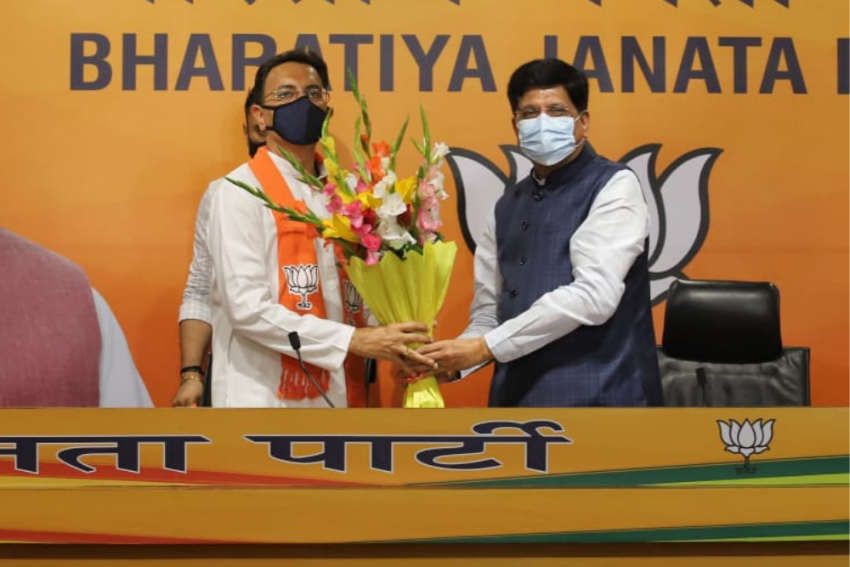 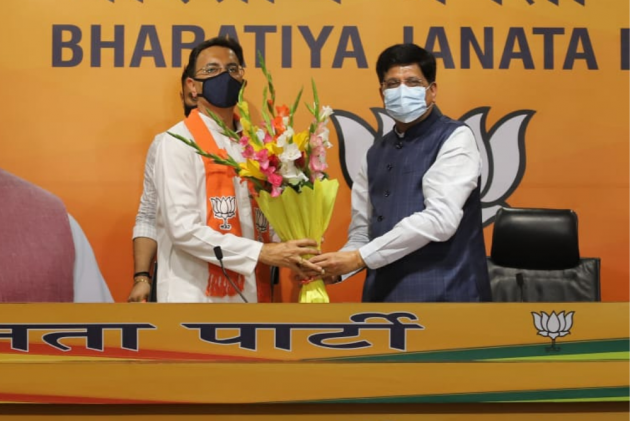 Former Union minister Jitin Prasada’s exit from the Congress party and his swift induction into the BJP was long in the making. The exit of yet another one-time confidante of former party president Rahul Gandhi, after Jyotiraditya Scindia’s high-profile defection of last year, embarrasses the Congress ahead of next year’s assembly polls in Prasada’s home state of Uttar Pradesh where the BJP, under chief minister Yogi Adityanath, is hoping for a second consecutive electoral sweep. However, beyond obviously embarrassing Rahul and the Congress and reinforcing the Grand Old Party’s inability to keep its house in order, there is, arguably, little else that the BJP stands to gain politically from its newest entrant.

Prasada had been sulking in the Congress for well over two years and his impatience over being sidelined within the party, particularly in the affairs of Uttar Pradesh, was common knowledge. Ahead of the 2019 Lok Sabha polls, when party general secretary Priyanka Gandhi Vadra and then state Congress chief Raj Babbar refused to keep Prasada in the loop before deciding the party’s candidates for some central UP seats, particularly Kheri and Sitapur, the former Union minister had almost decided to quit the Congress. The two constituencies fall adjacent to Dhaurahra, the seat Prasada had won in 2009 and lost subsequently to the BJP’s Rekha Verma in 2014. However, after some assurances from Rahul and Priyanka, Prasada had dropped his plans to switch to the BJP.

Prasada’s third consecutive electoral defeat – he had also lost the 2017 UP Assembly election from Tilhar constituency in his home district of Shahjahanpur – in 2019, coupled with the Congress party’s shrinking footprint both nationally and in UP against an aggressively metastasizing BJP, had him staring at a prolonged exile into political wilderness. That he had progressively lost the trust of the Gandhi siblings since the 2019 rumours of him joining the BJP and his signing of the letter in August last year by 23 Congress leaders to Sonia Gandhi demanding effective leadership of the party, had further pushed him to a corner within his old party.

Congress sources say that the party leadership was aware of Prasada’s continuing back-channel talks with the BJP. However, the Gandhis had hoped that Prasada, whose late father Jitendra Prasad had remained loyal to the Congress despite openly and unsuccessfully challenging Sonia in an election for the party’s presidency back in 2000, would end his dalliance with the BJP if he was given more responsibilities. After the G-23 letter controversy, Sonia had decided to not only retain Jitin in the revamped Congress Working Committee but also gave him the responsibility of the party’s West Bengal unit as its in-charge general secretary. Prasada, however, saw his new role in Bengal as a ploy by the Gandhis to keep him far away from his home state, particularly since in subsequent months he was kept out of a slew of internal committees that Priyanka constituted for the Congress’s poll preparedness in UP.

The Congress crashed out in the recent Bengal assembly polls, failing to win a single seat. At a meeting of the Congress Working Committee held to discuss the poll rout in Bengal and other states that had simultaneously gone to polls, Prasada had insinuated that the defeat in Bengal was because of the central leadership. In a veiled attack at the Gandhis, Prasada had told the CWC that the AICC had not only left the state leaders to fend for themselves in a difficult election but also made things worse by confusing voters through an evidently ‘softer’ campaign against Mamata Banerjee as opposed to the vocal criticism that the CM was being subjected to by the party’s state leaders like Adhir Ranjan Chowdhury. While Prasada’s reported comments did not lack merit, anyone remotely aware of the working of the Congress would know that his utterances wouldn’t have pleased the Gandhis.

Prasada’s departure from the Congress comes at a time when the party is trying desperately to increase its seat tally and vote share in the assembly polls due in UP next year. Obviously, the exit of a high-profile, pedigreed Brahmin face who was once a key figure in the coterie surrounding Rahul Gandhi and had served as Union minister of state for important portfolios such as Steel, Petroleum & Natural Gas, HRD and Road Transport & Highways, is bad optics for the Congress. At a time when Priyanka and her Congress colleagues in UP are trying to corner Adityanath over a slew of issues including poor management of the Covid pandemic, deteriorating law and order and deepening communal divide, Prasada’s defection provides the BJP a clever deflection.

But the UP elections are still over eight months away and the brouhaha over Prasada’s defection or how the Congress failed to retain its prominent Brahmin leader in the state can’t continue till for so long. What dividends can the BJP then reap from Prasada’s entry

Unlike Jyotiraditya Scindia, who helped the BJP topple a Congress-led government by marshalling nearly two dozen Congress MLAs into the saffron fold, Prasada has no such political clout in UP. He has lost three consecutive elections, has no chunk of loyalist MLAs that can be delivered to the BJP – not that the Congress as a whole has a chunk of MLAs in UP. At best, Prasada is another English-speaking, suave and media-friendly dynast that the BJP has snatched from the Congress.

Prasada has, over the past year, tried hard to project himself as a leader of the electorally significant Brahmin community that comprises nearly 12 per cent of UP’s electorate. He spearheaded the Brahmin Chetna Samvad in the hope that the outreach programme would help him win confidence of the community that was enraged at its negligence under the administration of Adityanath, a Thakur. However, his command over that crucial vote bank is no stronger than the BJP’s Rekha Sharma, who had defeated Prasada in Dhaurahra in the 2014 and 2019 general elections, or Dinesh Sharma, one of Yogi’s two deputy chief ministers in the state.

There is no denying that the BJP’s position among the Brahmins in UP has been on shaky ground given Yogi’s alleged preference for his own community. As such, the addition of another Brahmin face may only help the BJP signal its continuing outreach to the community – something the party could have done anyway by promoting any of its other Brahmin faces who, unlike Prasada, have a proven record of both combative politics and actually winning elections.

If Prasada was hoping for any radical uptick in his political profile by joining the BJP, he could have simply dialled Rita Bahuguna Joshi, another former Congress colleague and Brahmin, for a raincheck. Joshi had switched to the BJP and successfully won the 2017 assembly poll after several failed attempts in the past. She was inducted into the Yogi cabinet as minister for Women Welfare, Family Welfare and Tourism before another electoral victory in the 2019 polls on a BJP ticket brought her to the Lok Sabha and made her disappear among the many such “Congress veterans” in UP who decided to do the saffron waltz.

Yes, Prasada’s adieu to the Congress may provide for some momentary humiliation of his erstwhile party and its first family but he is no political heavyweight and the BJP may, before long, realise that – if it doesn’t know so already.