The government is monitoring the operational situation at Jet Airways closely to ensure the airline complies with overseas flying rules. 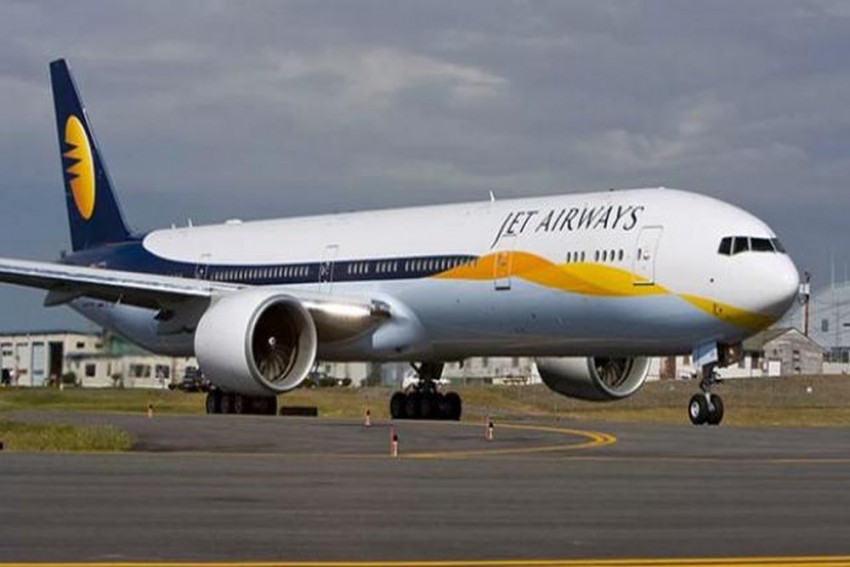 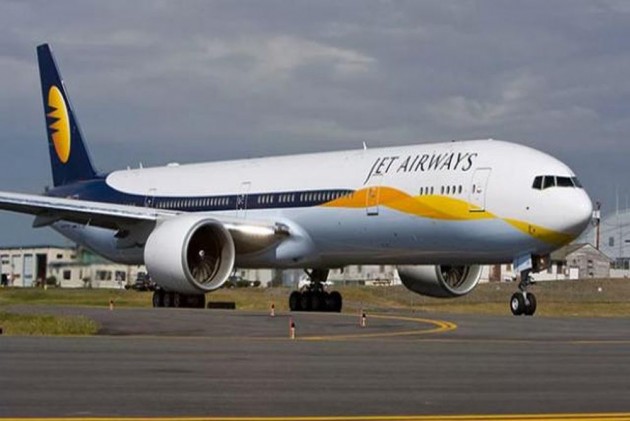 Cash-strapped Jet Airways has cancelled all international flights for Thursday due to the scarcity of funds by the airline.

According to reports, all flights to Amsterdam, Paris, and London which were scheduled on Thursday have been cancelled.

The move comes in the midst of the airline grounding more than three-fourth of its 119-aircraft fleet.

Earlier in the day, the Union Government had said that they will examine the eligibility of Jet Airways to fly on International routes.

Speaking on the recent Jet Airways crisis, Civil Aviation Secretary Pradeep Singh Kharola said, "It (Jet Airways) is currently operating less than 15 planes and its eligibility to fly on international routes needs to be examined."

The airlines permitted to fly on international routes must have 20 aircraft in service.

Debt-laden Jet Airways is currently operating only 14 aircraft in its fleet and may soon lose the right to fly on international routes, official sources had said earlier in the day.

Meanwhile, Jet Airways in a statement informed that its flight 9W 615 Mumbai to Kolkata and 9W 675 Kolkata to Guwahati of tomorrow April 12, 2019, has been cancelled due to operational reasons.

"Similarly, 9W 676 Dehradun to Kolkata via Guwahati has been cancelled on the same date until further notice. Guests have been duly informed and refunds are being processed. Jet Airways sincerely regrets the inconvenience caused to its guests," the statement added.

On April 3, Civil Aviation Secretary Pradeep Singh Kharola had said that Jet was operating less than 15 planes and its eligibility to fly on international routes needs to be examined.

Meanwhile, Changi airport said Jet Airways has suspended its services to and from Singapore until further notice. Passengers are advised to contact their booking agent or the airline directly for available options, it said.

The developments came a day after the SBI Capital Markets extended the deadline for investors to bid for a controlling stake in beleaguered Jet Airways by two days till Friday.

The government-owned investment bank said the revised last date for sending queries is 3 pm on Thursday and expressions of interest (EoIs) will be accepted till 6 pm on Friday (April 12).

"Qualified bidders will be expected to submit their respective binding bid(s) latest by April 30 subject to the terms set out under the bid document," said SBI Capital Marketsin a statement.

Wednesday was a tough day for the airline as Indian Oil stopped jet fuel supplies for breaching the credit limit agreed upon. Though fuel supplies resumed after some hours, it was the second time that Indian Oil had taken such a decision.

A Jet Airways flight from Amsterdam to Mumbai was stopped from taking off at the Schiphol Airport by a European cargo company due to outstanding bills.

Burdened with high operating costs and a huge debt, Jet Airways has been struggling to fly with 26 planes, according to reports. Since January, it has not been able to pay salaries to pilots and maintenance engineers.

Many lessors have taken possession of planes after the airline failed to pay rents.

Lenders, led by State Bank of India, took control of Jet Airways in March after its founder and chairman Naresh Goyal gave up control to resolve the crisis.

There Is Growing Intolerance In Society: Supreme Court