It Seems Entire Effort Of MHA Is To Destroy NRC Process: SC Fumes At Centre

The Supreme Court also said that the Centre is not cooperating in the NRC process even as it reiterated that the July 31 deadline for completion of NRC will not be extended. 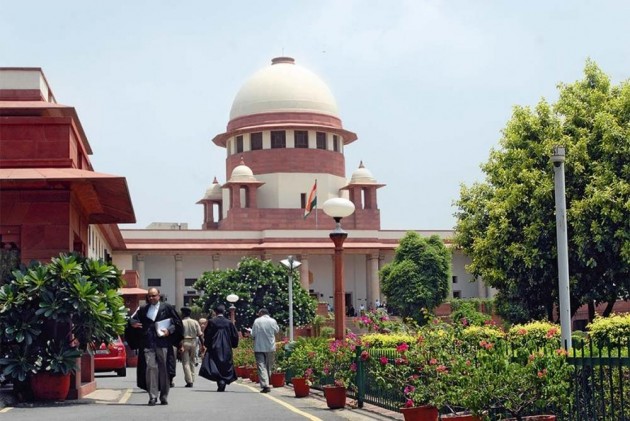 The Supreme Court Tuesday rapped the Centre over the National Register of Citizens(NRC) in Assam, observing it is "hell-bent" on stalling the process by seeking suspension during the upcoming Lok Sabha polls citing non-availability of security forces.

The apex court also reiterated it would not extend the July 31 deadline for finalisation of the NRC.

Hours after the court rap, Home Minister Rajnath Singh told PTI that the government is committed to complete the NRC process within the stipulated time and will ensure that no foreigner is included or any Indian citizen excluded.

NRC And After: The Curtains Rise On A Political Potboiler

The top court came down heavily on the Centre when Attorney General K K Venugopal submitted that the process be suspended from the last date of submission of nomination papers till two weeks after the date of upcoming elections.

The suspension was sought on the ground that 167 companies of the Central Armed Police Forces (CAPF), engaged in Assam NRC work, would be sent to other parts of the country to maintain law and order during polls.

"We are sorry to say this. The MHA (Ministry of Home Affairs) is hell bent on not to carry on the NRC process and it is destroying entire efforts being made by this court," said a bench comprising Chief Justice Ranjan Gogoi and Justice R F Nariman.

The bench also directed that 3,457 state government officers be kept free for NRC work and asked the Election Commission to "examine the case of exemption of officers, in the rank of District Magistrates, Additional District Magistrates...from transfers which are likely to be made in view of the elections".

Dissatisfied with the response of a MHA official over the availability of CAPF and the total number of companies which would be needed during polls, the irked CJI said, "Do you want us to summon the home secretary and other concerned officers".

When Venugopal and Solicitor General Tushar Mehta, representing the Assam government, attempted to intervene, the bench said that they (law officers) have not been briefed properly by officials.

"If you have the will then there are 100 ways to do the work. The Government of India is not cooperating at all. The NRC process is being stalled. The elections are definitely to be held peacefully and in order. Likewise, the NRC work has to go on peacefully and in order," the bench said, adding, "Are we asking too much from the government".

At the outset, Mehta apprised the bench that a meeting involving Assam chief secretary, NRC co-ordinator Prateek Hajela and the Secretary of the poll panel had taken place on January 29.

The attorney general said in 2014 Lok Sabha polls, 2,500 CAPF companies were deployed and this year, around 2,700 such companies would be needed to ensure law and order .

He said 167 CAPF companies, which are presently overseeing NRC works in Assam, would be sent to other parts of the country during elections.

"You (Centre) have 3,000 combined armed companies. You need 2,700 companies for polls. Assam NRC work requires 167 companies. So what is the problem," the bench asked.

"We need to protect the borders also. Security of country is involved," Venugopal said, adding the government wanted suspension of NRC work from the date of notification of Lok Sabha polls to two weeks after the voting.

Venugopal also said it was anticipated to be a "highly surcharged political atmosphere" on the eve of elections and hearing of the NRC cases would not be conducive.

"We have considered the submissions...At this stage, we are not inclined to pass any orders on the said request (suspension)," the bench said.

It then took note of the report of Hajela on requirement of state officials for completion of NRC work.

"We direct that adequate number of State Government officials (number indicated by the State Coordinator as 3,457) which would consist of officers in different ranks as stated in the report, be kept free for NRC work. The availability of the said officers for NRC work would still leave out over 2,000 persons currently engaged in NRC work for being engaged in the election work at the relevant point of time," it said.

It also said the poll panel will consider the matter keeping in mind that this court, which has consistently monitored NRC work, was of the view that "least interference should come in such works so that final NRC is made and published on the stipulated date that it July, 31, 2019."

The matter would be now taken up in the first week of March.

The top court had said on January 24 that the July 31, 2019 deadline to finalise the NRC cannot be extended.

The first draft of the NRC for Assam was published on the intervening night of December 31, 2017 and January 1 in accordance with the top court's direction. Names of 1.9 crore people out of the 3.29 crore applicants were incorporated then.

Assam, which had faced influx of people from Bangladesh since the early 20th century, is the only state to have an NRC, first prepared in 1951.