'Is Mr Pranab Mukherjee For Real?': A 7-Year-Old Shares His Experience

A 3-year-old kid, who enacted the President of India in school, shares his memory of meeting President Mukherjee 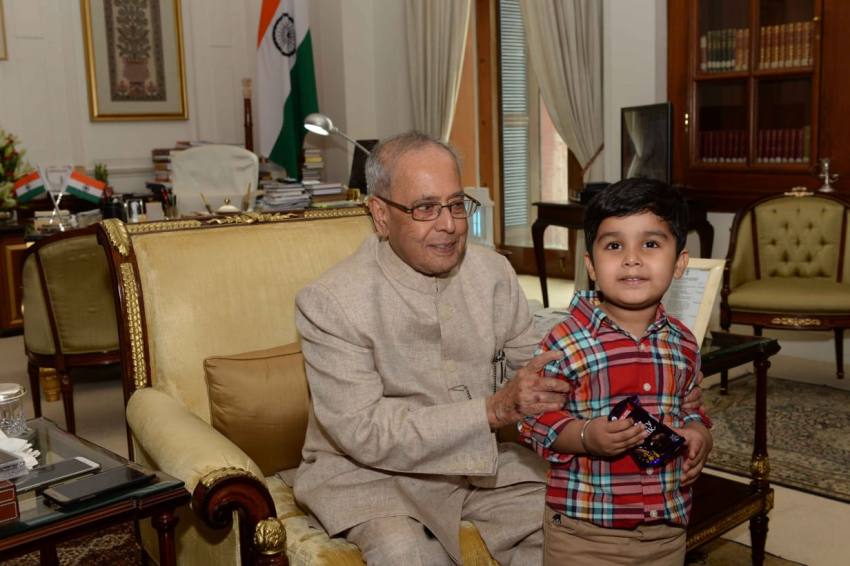 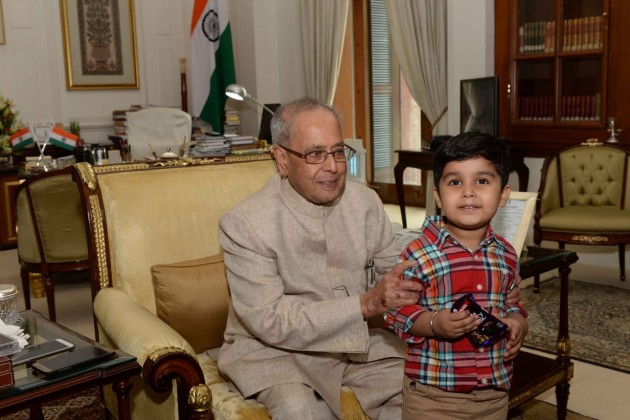 About four years ago, Nevan Kataria, now 7-year-old, had got an opportunity to enact as Pranab Mukherjee, the then President of India in a Republic Day function in his playschool. Later he met him too. Here’s how he remembers his meeting:-

It all began at my Play School - MMI, Greater Kailash-2, when I was asked to enact as Mr Pranab Mukherjee, President of India. I didn’t know that there was someone like a President who existed and helped in running our country, India. But then my Mumma showed me his pictures, I saw him in newspapers, on TV and I knew he is someone important that he is present everywhere.

On the Republic Day event of my Play School, I dressed as the President; gave a Speech and also saluted the March Past students. Oh, I loved being so important and getting a special seat to sit beside the National Flag on that day!

After a couple of days, when I saw the real Republic Day parade on TV I asked my parents, “Is Mr Pranab Mukherjee for real or he existed only on TV and pictures?”…..little did I know that my naive question has sparked an urge within my parents to make me meet with the real President of India.

After months of sending request letter, applications with pictures/video of my performance and follow-ups, suddenly on a Friday afternoon my father received a call from the Rashtrapati Bhawan that Mr President has approved our personal meeting with him at 2 pm on Saturday, 22nd April 2017.

We all were very excited as it was a dream-come-true to go inside the Rashtrapati Bhawan and have a private session with the President of India.

So finally my mom dressed me up in Formal clothes (in this scorching heat) and we all went on the assigned date and time to the venue.

After going through all the security checks, we went inside the waiting lounge of the Rashtrapati Bhawan, wherein I had my favourite Rasgulla and Lemonade (yummmmyyyyyy….).

Finally, when we went into the actual President office, I saw that YES, he is for REAL…..he was wearing clothes and specks like I had worn and sat on a chair. We all introduced ourselves and I gave my regards by folding my hands and
saying, “NAMASTE MR. PRESIDENT”. He gave me a BIG smile and two chocolates and I loved him more than ever for the wonderful gift. My grandparents and parents spoke to him briefly when suddenly Mr President wanted me to enact those lines again, which I did:-

“My name is Pranab Mukerjee. I am the president of India. India is a Democratic country….!”

I am feeling very bad that he has passed away. I remember when he showed me his big chair in the room and said "Nevan you are a very bright child and one day you will sit on my chair and work from this office. My best wishes are with you. God Bless You!".

He was very kind and nice. He gave me two chocolates also!