Satya Pal Malik said the two Union Territories -- J&K and Ladakh -- will see som much of development in the coming days that even people in Pakistan Occupied Kashmir (PoK) will start asking for the same. 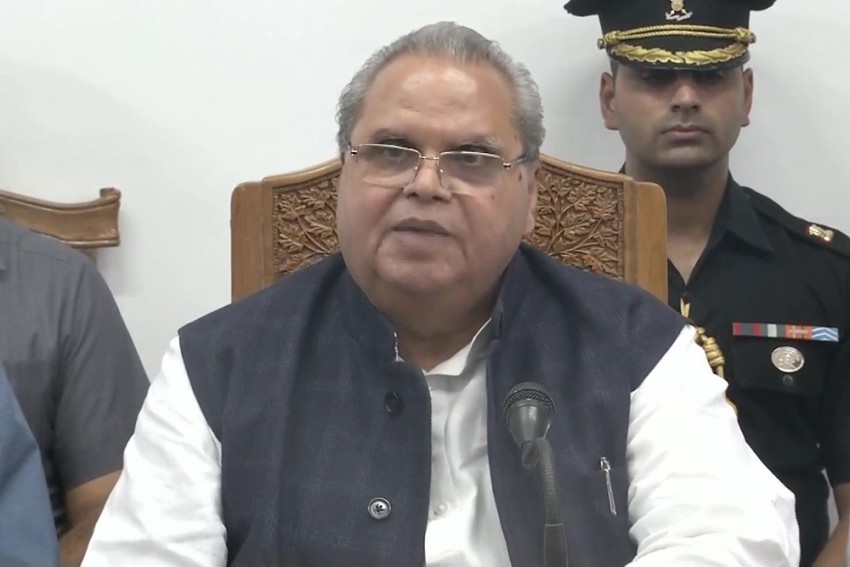 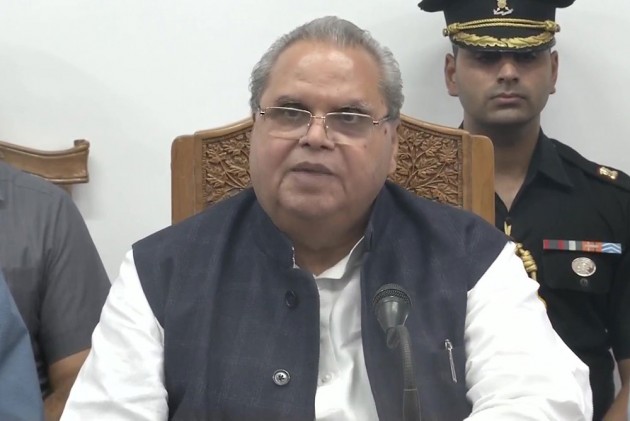 Internet is a weapon mostly used by terrorists and Pakistanis to mobilise and indoctrinate people against India and that's why we have restricted its use in the Valley, Jammu and Kashmir Governor Satya Pal Malik said on Wednesday, adding the government will lift restrictions in a phased manner.

Addressing a press conference, Malik said the two Union Territories -- J&K and Ladakh -- will see so much of development in the coming days that even people in Pakistan Occupied Kashmir (PoK) will start asking for the same.

Speaking of the government's plan for the people of Kashmir, Malik said 50,000 jobs will be available in the next three months, adding the Centre was taking steps for the overall development of the erstwhile state.

Malik said strict restrictions after the abrogation of Article 370 had also been imposed to ensure no lives were lost in the Valley. He also cited the casualty figures from 2016, 2010 and 2008 when several people had lost their lives during the unrest.

He admitted that pellet guns were used by security personnel during protests in the Kashmir Valley and said forces took utmost precaution taken to prevent injuries.

The governor said the identity of Kashmir and its people will be preserved.

He announced the government will open 50 new colleges in the region to enhance educational facilities in the valley.

"We have given 50 colleges in the last six months and we will add 50 more colleges. We had upgraded 238 junior high schools and now will upgrade others. We will also provide separate colleges for girls," he told reporters here.

Malik said there will be Industrial Training Institutes (ITI) in every district of the state.

"AIIMS construction is in place. Five new medical colleges and medical seats have also been increased. I met Secretary Skill Development from Delhi today. He told me that there will be an ITI in every district. Prime Minister has directed all ministries to work for the betterment of Jammu and Kashmir. Every day, ministerial teams are coming from Delhi here," he said.

The Governor said that schools and colleges in Jammu and Ladakh have been opened.

Malik, who has been involved in a war of words with Congress leader Rahul Gandhi, described the latter as "political juvenile" for his comments on Jammu and Kashmir.