According to a study conducted by the US-based Center for Global Development, the number of excess deaths in India since last year is estimated to be in the range of 3.4 million to 4.7 million. 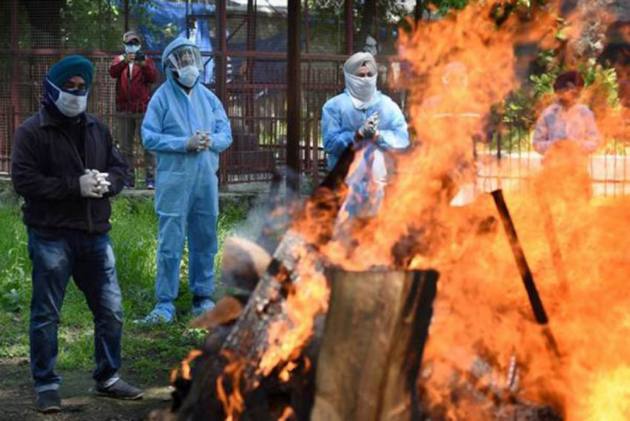 India’s excess deaths ever since the pandemic began in March, 2020 is likely to be as much as 10 times higher than the official Covid-19 death toll, reports claimed.

According to a study conducted by the US-based Center for Global Development, the number of excess deaths in India since last year is estimated to be in the range of 3.4 million to 4.7 million. This is 10 times higher than India’s official Covid death toll which according to the Union Health ministry stands at 4,14,482 as of Monday.

Excess deaths can be defined as how many more people died during a particular time period than would have been normally expected.

After Bihar, Data Now Points At Under-Counting Of Covid Deaths In Madhya Pradesh

While the figure of 3.4 million to 4.7 million deaths in India is not entirely due to Covid-19, experts believe that the fatality due to the pandemic may be far higher than what the Centre is reporting.

According to the BBC, the Center for Global Development study was based on three different data sources—the number of deaths registered in seven states, which account for half the country’s population, international estimates of age-specific infection fatality rates and data from India's consumer survey of 868,000 individuals across 177,000 households which also records whether any member of the family had died in the past four months.

The data indicates that “’India has not been an outlier’ and has had ‘mortality not dissimilar from countries of comparable size and infections’,” the BBC quoted Arvind Subramanian, India's former chief economic adviser and one of the authors of the study as saying.

Further according to the study, the first Covid-19 wave that hit the country last year, may have been more fatal than what was perceived. Mortality during the first wave appeared to be moderate because it was "spread out in time and space", the BBC quoted the authors of the study as saying.

Further, The Guardian stated that conclusions drawn from the study “comparing the data undermine India’s claim to have one of the world’s lowest deaths per capita. Using official statistics, India’s per capita death rate is 0.3, compared with 2 for countries such as the UK, US and Brazil, where infection rates are lower. ‘This shows that India was not an outlier when it came to Covid mortality,’ Subramanian said.”

Meanwhile, India recorded 30,093 new coronavirus infections and 374 new fatalities on Monday. According to the Union Health Ministry, India’s cumulative Covid caseload is 3,11,74,322 and death toll is 4,14,482.