‘For the development of the country and establishing peace in order to take India to new heights we should do whatever is necessary,’ BJP Leader Jamal Siddiqui said urging Muslims to support Uniform Civil Code 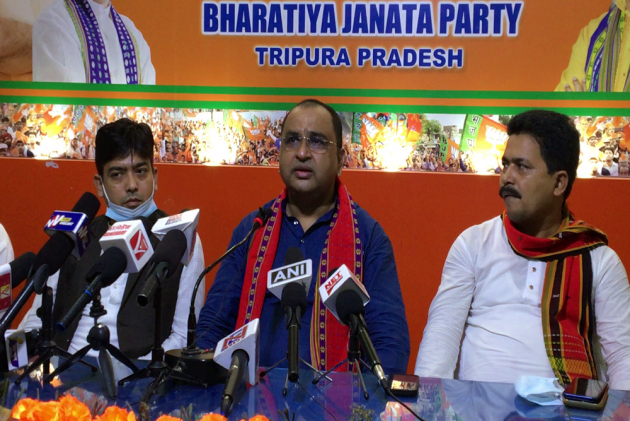 BJP Minority Morcha national president Jamal Siddiqui has said that Indian Muslims, who did not go to Pakistan during Independence, should be in favour of all Indian laws including the uniform civil code.

He made the statement while speaking to reporters at the BJP headquarters in Agartala when asked to comment on the Delhi High Court’s recent observation stressing on the need for a Uniform Civil Code (UCC).

“In the name of Islam, Pakistan was formed but many (Muslims) stayed back here in India. So, we accepted this land and its laws. Here Hindus, Muslims, Sikhs and Christians live together and when it comes to the development of this nation, Muslims have supported whatever law was introduced and they will continue to do so,” Siddiqui said.

“For the development of the country and establishing peace in order to take India to new heights we should do whatever is necessary,” he added.

On the issue of a large section of Muslims in India still tackling poverty, Siddiqui said, “Throughout India, Muslims are the most backward and they even lag behind Dalits because Muslims have been blindly casting their vote to those, who only gave vocal service and in reality did nothing for their development."

The BJP leader further said, "Muslims have been living away from the mainstream and they have now realized it and are gradually getting attached with the government’s mainstream for their education, income and development.”

On the recent mob lynching of four Muslim youths in Khowai district of Tripura on suspicion of being cow lifters, the BJP minority leader said that they are monitoring the matter and are hopeful that the culprits shall be booked and put behind the bars.