The formal process of disengagement of troops began on July 6, a day after a nearly two-hour telephonic conversation between NSA Ajit Doval and Chinese Foreign Minister Wang Yi. 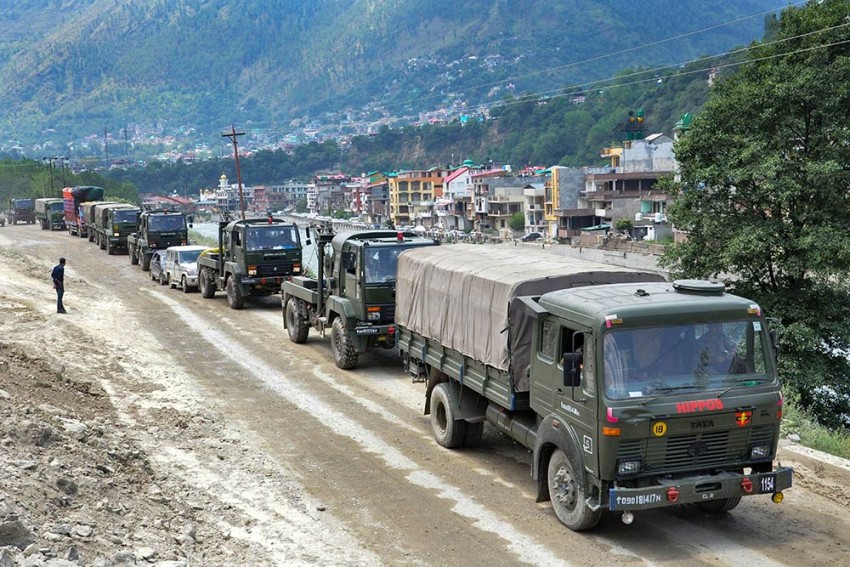 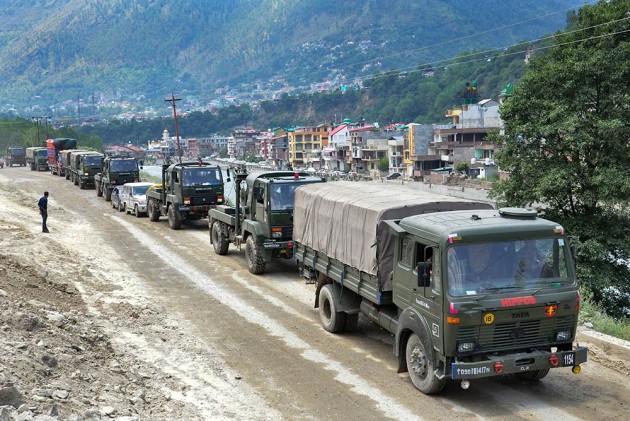 Senior military commanders of India and China are holding a fresh round of talks on Sunday with an aim to ensure expeditious disengagement of troops from all the friction points along the Line of Actual Control in eastern Ladakh, military sources said.

It is the fifth round of corps commander-level talks in nearly two months with an aim to defuse the border tensions triggered by a violent clash between the two militaries in Pangong Tso area in eastern Ladakh on May 5.

The meeting was scheduled to start at 11 AM in Moldo on the Chinese side of the Line of Actual Control (LAC).

The sources said the Indian side will insist on total withdrawal of Chinese troops from the Finger areas in Pangong Tso at the earliest besides completing the disengagement process on a couple of other friction points.

The previous round of corps commander-level talks took place on July 14 and lasted for nearly 15 hours.

In the talks, the Indian side had conveyed a "very clear" message to the Chinese army that the status quo ante must be restored in eastern Ladakh and it will have to follow all mutually agreed protocols for border management to bring back peace and tranquillity in the area.

The Indian delegation also apprised the China People's Liberation Army (PLA) about the "red lines" and conveyed that the onus was largely on China to improve the overall situation in the region.

After the talks, the Army said both sides are committed to "complete disengagement" of troops, adding that the process is "intricate" and requires "constant verification".

The Chinese military has pulled back from Galwan Valley and certain other friction points but the withdrawal of troops has not moved forward from the Finger areas in Pangong Tso as demanded by India, sources said.

On July 24, India and China held another round of diplomatic talks on the border issue.

After the talks, the Ministry of External Affairs said both sides agreed that an early and complete disengagement of the troops along the LAC in accordance with bilateral agreement and protocols was essential for overall development of relations between the two nations.

The formal process of disengagement of troops began on July 6, a day after a nearly two-hour telephonic conversation between National Security Advisor Ajit Doval and Chinese Foreign Minister Wang Yi on ways to bring down tension in the area.

In Sunday's talks, the Indian delegation was set to be led by Lt Gen Harinder Singh, the Commander of the Leh-based 14 Corps, while the Chinese side was to be headed by Major General Liu Lin, Commander of the South Xinjiang military region.

The sources said the focus of the talks would be on finalising a framework for a "time-bound and verifiable" disengagement process from all the friction points like Pangong Tso and Depsang and pulling back large numbers of troops and weapons from rear bases along the LAC.

The first round of the corps commander talks was held on June 6 during which both sides finalised an agreement to disengage gradually from all the standoff points beginning with Galwan Valley.

However, the situation deteriorated following the Galwan Valley clash on June 15 in which 20 Indian Army personnel were killed. The Chinese side also suffered casualties but it is yet to give out any details. According to an American intelligence report, the number of casualties on the Chinese side was 35.

Following the Galwan Valley incident, the government has given the armed forces "full freedom" to give a "befitting" response to any Chinese misadventure along the LAC.

The Army has sent thousands of additional troops to forward locations along the border following the deadly clashes. The IAF has also moved air defence systems as well as a sizable number of its frontline combat jets and attack helicopters to several key air bases.