India, US To Ink Landmark Defence Pact On Tuesday: Officials 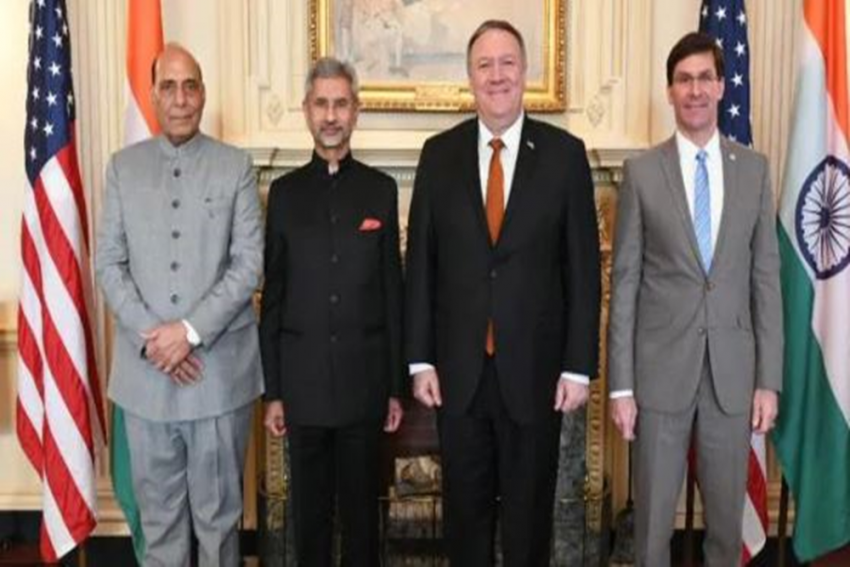 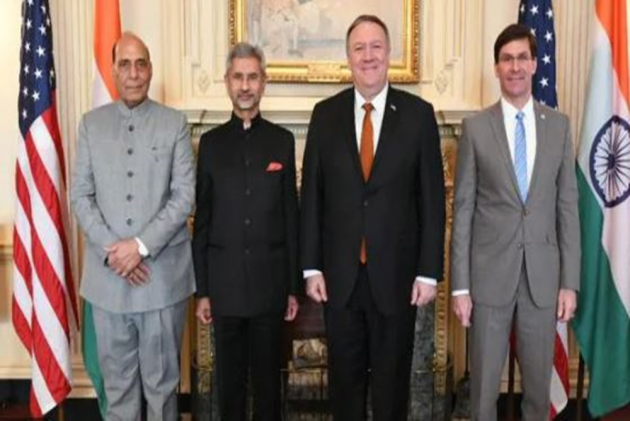 India and the US will ink a landmark defence pact on Tuesday that will provide for sharing of high-end military technology, logistics and geospatial maps between their militaries, officials said after defence minister Rajnath Singh held wide-ranging talks with his US counterpart Mark T. Esper.

The sources said while deliberating on regional security challenges, the two sides briefly touched upon India's border row with China in eastern Ladakh.

“The two ministers expressed satisfaction that agreement of BECA (Basic Exchange and Cooperation Agreement) will be signed during the visit,” the defence ministry said in a statement.

Esper and Pompeo arrived here on Monday on a two-day visit for the third edition of the 2+2 ministerial dialogue which will take place on Tuesday.

The Indian side at the 2+2 dialogue will be led by Jaishankar and Singh.

After his delegation-level talks with Esper, Singh tweeted that the discussions will add new vigour to India-US defence relations.

“India is delighted to host the US Secretary of Defence, Dr Mark Esper.  Our talks today were fruitful, aimed at further deepening defence cooperation in a wide range of areas. Today’s discussions will add new vigour to India-US defence relations & mutual cooperation," he said in the tweet.

“Both the Ministers expressed satisfaction at the close engagements between the respective Armed Forces. They discussed potential new areas of cooperation, both at service to service level and at the joint level,” it said.

The ministry said the two ministers also called for continuation of existing defence dialogue mechanisms during the pandemic, at all levels, particularly the Military Cooperation Group (MCG).

They also discussed requirements of expanding deployments of liaison officers in each other's facilities.

It said the US Secretary of Defence welcomed Australia’s participation in the upcoming Malabar naval exercise.

Singh also highlighted recent reforms in the defence manufacturing sector and invited US companies to make best use of the liberalised policies and the favorable defence industry ecosystem in the country.

Apart from strengthening military-to-military cooperation and boosting partnership in the Indo-Pacific region, the issue of expeditious supply of contracted weapon systems by the US to India figured prominently in the deliberations.

Earlier, Singh received Esper at the lawns of the South Block in Raisina Hills, reflecting the importance India is attaching to the visit by the two top officials of the Trump administration. The US defence secretary was also accorded a tri-services guard of honour.

Foreign secretary Harsh Vardhan Shringla too held a separate meeting with US under secretary of state Brian Bulatao who is part of the US delegation.
The issue of China's aggressive military behaviour is expected to figure prominently during Tuesday's talks, sources indicated.

In the last few months, the US has been strongly critical of China over a range of contentious issues, including the border standoff with India, its military assertiveness in the South China Sea and the way Beijing handled the anti-government protests in Hong Kong.

The Indo-US defence ties have been on an upswing in the last few years.

In June 2016, the US had designated India a "Major Defence Partner" intending to elevate defence trade and technology-sharing  to a level commensurate with that of its closest allies and partners.

The two countries inked the Logistics Exchange Memorandum of Agreement (LEMOA) in 2016 that allows their militaries use each other's bases for repair and replenishment of supplies as well as provide for deeper cooperation.

The two countries signed another pact called COMCASA (Communications Compatibility and Security Agreement) in 2018 that provides for interoperability between the two militaries and provides for sale of high end technology from the US to India.

According to the US government, India maintains the largest fleet of C-17 and P-8 aircraft outside of the US, and as of 2020, Washington has authorised more than $20 billion in defence sales to India.

The first edition of the 2+2 dialogue was held in Delhi in September 2018 after the mechanism was approved by Prime Minister Narendra Modi and President Donald Trump.

The second edition of the dialogue took place in Washington in December last year.

The new framework of the ministerial dialogue was initiated in order to provide a forward-looking vision for the strategic partnership between the two countries.

Durga Puja: Autumn Of Hope Turns Into Season Of Despair