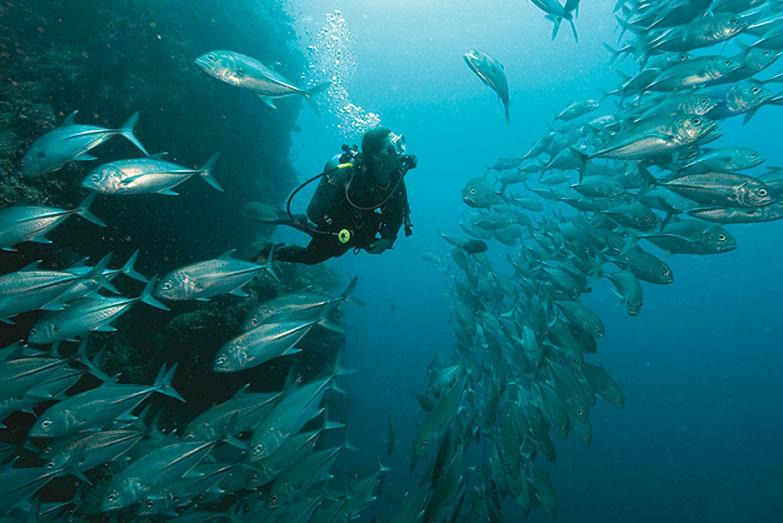 India will soon launch an ambitious 'Deep Ocean Mission' that envisages exploration of minerals, energy and marine diversity of the underwater world, a vast part of which still remains unexplored, a top official of the Ministry of Earth Sciences said.

The ministry's secretary, M Rajeevan, said required approvals are being obtained for the "futuristic and game-changing" mission, and it is likely to be launched in the next 3-4 months.

The mission, which is expected to cost over Rs 4,000 crore, will give a boost to efforts to explore India's vast Exclusive Economic Zone and Continental Shelf, another senior official of the MoES said.

The multi-disciplinary work will be piloted by the MoES and other government departments like the Defence Research and Development Organisation, Department of Biotechnology, Indian Space Research Organisation (ISRO), Council for Scientific and Industrial Research (CSIR) will be stakeholders in this mission, Rajeevan added.

Some of the technologies involved will be developed by organisations such as the ISRO and DRDO.

“One of the main aspects of the mission will be design, development and demonstration of human submersibles,” the MoES official said.

Another aspect is exploring the possibility of deep-sea mining and developing necessary technologies, the official added.

The official said the move strategically significant as it will enhance India's presence in the Indian Ocean where other players like China, Korea and Germany are active.

Last week, China live-streamed footage of its new manned submersible parked at the bottom of the Mariana Trench. This was part of its mission into the deepest underwater valley on the planet.

India has been ear-marked nearly 1.5 lakh square kilometres of area in the central Indian Ocean for exploration.

In September 2016, India signed a 15-year contract with the International Seabed Authority (ISA) for exploration of Poly-Metallic Sulphides (PMS) in the Indian Ocean.

The ISA is an institution set up under the Convention on Law of the Sea to which India is a Party.

The 15-year contract formalised India's exclusive rights for exploration of PMS in the allotted area in the Indian Ocean.

The ISA earlier approved 10,000 sq. km for India with a 15-year PMS exploration plan along the Central Indian Ridge (CIR) and Southwest Indian Ridge (SWIR) region of the Indian Ocean.

PMS in the Ocean Ridges have attracted worldwide attention for their long term commercial as well as strategic values.

“The aim is to be prepared when rules are formalised in this area. The deep oceans frontier is yet to be explored. We have been working on it on a piecemeal basis but the thrust is to carry out work on mission mode,” the official added.