India has made it clear that the meeting was in no way a resumption of a bilateral dialogue. 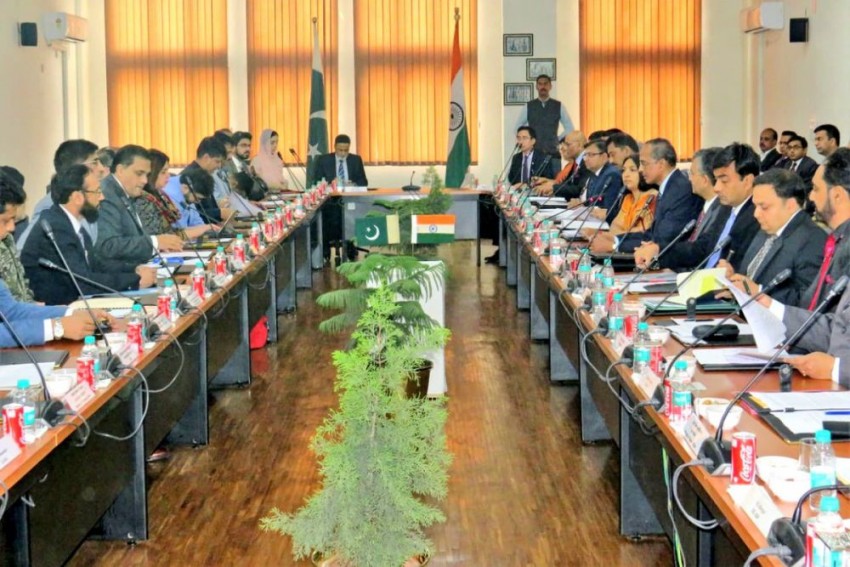 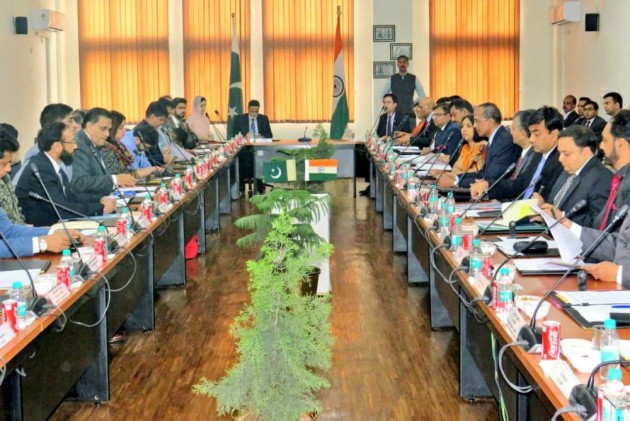 Amid the shadow of heightened tension in bilateral  ties, India and Pakistan Thursday held in a "cordial environment" their first meeting to finalise the modalities for a corridor linking Gurudwara Darbar Sahib in Pakistan with Gurdaspur district in Punjab.

A joint statement issued after the talks, held on the Indian side of the Attari-Wagah border,  said both sides held detailed and constructive discussions on various aspects and provisions of the project and agreed to work towards expeditiously operationalising the Kartapur Sahib Corridor (KSC).

"The first meeting to discuss the modalities and the draft agreement for facilitation of pilgrims to visit Gurudwara Kartarpur Sahib using the Kartarpur corridor was held today at Attari, India, in a cordial environment," it said.

Respecting the sentiments of the people

Talks concluded on various aspects and provisions of the operationalisation of #KartarpurCorridor on the occasion of 550th Birth Anniversary of Guru Nanak Dev ji
Joint Press Statement at https://t.co/80pHULecY7 pic.twitter.com/zUaaTYcajH

The meeting took place amid heightened tensions between the two neighbours following India's air strike on a terrorist training camp of the Jaish-e-Mohammed in Balakot and Pakistan's subsequent retaliation.

Both sides agreed to hold the next meeting at Wagah on April 2, and it will be preceded by a meeting of the technical experts on March 19 at the proposed zero points to finalise the alignment of the corridor, according to the statement.

Kartarpur Sahib is located in Pakistan's Narowal district across the river Ravi, about four km from the Dera Baba Nanak shrine.

The Indian delegation at the meeting was led by SCL Das, Joint Secretary in the Ministry of Home Affairs while the Pakistani team was headed by Dr Mohammad Faisal, DG (South Asia and SAARC) of Pakistan Ministry of Foreign Affairs.

"Both sides held detailed and constructive discussions on various aspects and provisions of the proposed agreement and agreed to work towards expeditiously operationalising the Kartapur Sahib Corridor," the statement said.

It said the two sides also held expert-level discussions between the technical experts on the alignment and other details of the proposed corridor.

Commitment to fulfill a dream!

Talks begin between India & Pakistan to discuss and finalize the modalities for the #KartarpurCorridor, at Attari, Amritsar, that’ll facilitate Indian pilgrims to visit the holy shrine of Gurudwara Darbar Sahib Kartarpur. pic.twitter.com/XWSUtk0Ene

India has made it clear that the meeting was in no way a resumption of a bilateral dialogue.

It has said the issue was related to emotions and sentiments of the Indian citizens of the Sikh faith and its decision regarding the meeting reflects a strong commitment to operationalize the corridor on the occasion of the 550th birth anniversary of Guru Nanak Dev.

The governments of India and Pakistan are trying to facilitate the travel of pilgrims to offer prayers at the gurdwara - a demand made by the Sikhs for the past over 70 years.

Meanwhile, the Indian government has already initiated development of the Passenger Terminal Building Complex at Dera Baba Nanak, with its design inspired by the symbol "Khand", which symbolises values of oneness and humanity.