The eighth round of Corps Commander-level talks is slated for Friday over India-China standoff that began on May 6. 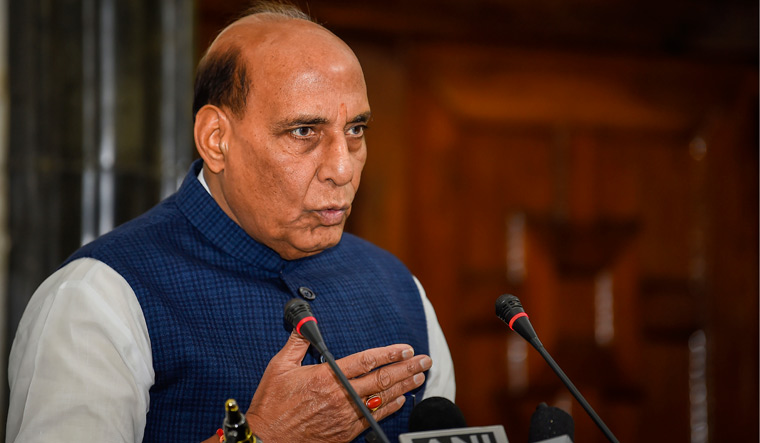 India is determined to protect its sovereignty and territorial integrity in the face of "unilateralism and aggression", Defence Minister Rajnath Singh said on Thursday, as the border standoff with China in eastern Ladakh enters the seventh month.

The defence minister also said that India attaches importance to a peaceful resolution of differences through dialogue and is committed to respecting various agreements inked for maintenance of peace along the borders.

"However, India is determined to protect its sovereignty and territorial integrity in the face of unilateralism and aggression," he said, in an address at a virtual seminar organised by the National Defence College.

Singh said India is a peace-loving country and it believes that differences should not become disputes.

The standoff between India and China began on May 6 and has significantly strained their ties. Both sides held a series of diplomatic and military talks to resolve the row. However, no breakthrough has been achieved to end the standoff.

The eighth round of Corps Commander-level talks between India and China is likely to take place on Friday.

In his address, the defence minister also talked about efforts being made to enhance India's military prowess as well as to boost domestic defence production.

"Peace can only be ensured through the ability to deter war; we have attempted to build deterrence through capability development and indigenisation," Singh said.

On Pakistan, the defence minister said it continues to be "adamant" in use of terrorism as a state policy.