With the China threat looming large across the 3488-kilometer Line of Actual Control, India-US defence ties are poised to take off. 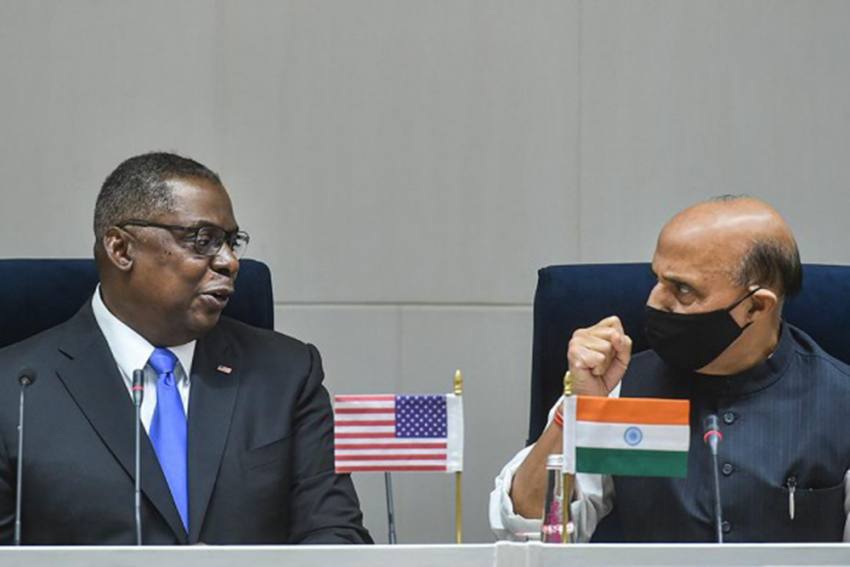 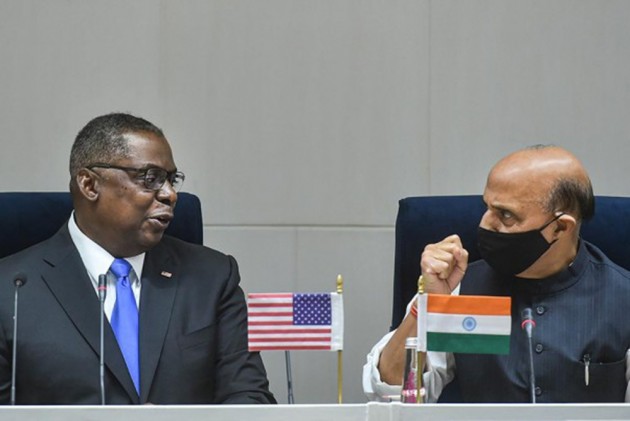 US Defence Secretary Lloyd Austin’s visit to India so early in his tenure is a clear indication of the importance the Biden presidency has placed on New Delhi’s role as a partner in Asia. This was evident, when Secretary Austin said after his meeting with defence minister Rajnath Singh on Saturday : “…And at the top of my agenda… I wanted to convey the Biden-Harris administration’s message of our strong commitment to our allies and partners…India, in particular, is an increasingly important partner amid today’s rapidly shifting international dynamics. And I reaffirmed our commitment to a comprehensive and forward-looking defence partnership with India as a central pillar of our approach to the region. ‘’ He went on to say that “the US-India relationship is a stronghold of a free and open Indo-Pacific region.’’

That China is weighing heavily on the administration’s mind is evident after President Joe Biden decided to make the Quad summit, which was held on March 12, his first major foreign policy event since taking office. Following the Quad meet at the highest political level, key administration officials, including Secretary of State Antony Blinken and Austin both held two plus two meetings in Tokyo and Seoul before the latter headed to Delhi. The obvious strategy is to shore up alliances and partnerships in the Indo-Pacific front, where China poses both a military and an economic challenge to the United States and several Asian neighbours, including India.

Confronting China publicly much like what former president Donald Trump and his secretary of state Mile Pompeo did is likely to continue, as was evident from the fiery statements exchanged by Blinken and the Chinese foreign minister Wang Yi and Yang Jiechi in Alaska on Friday.

After landing in Delhi on Friday late afternoon, Austin called on Prime Minister Narendra Modi and met with NSA Ajit Doval. Prime Minister Modi’s office said in a statement that he “outlined his vision for the strategic partnership between the two countries and the importance of bilateral defence co-operation.’’

Taking off on the PM’s words, defence secretary Llyod Austin remarked: “Prime Minister Modi has stated that India stands for freedom of navigation and overflight, unimpeded lawful commerce, and adherence to international law. This is a resounding affirmation of our shared vision for regional security in the Indo-Pacific…And it’s clear that the importance of this partnership, and its impact to the international rules-based order will only grow in the years ahead.’’

With the China threat looming large across the 3488-kilometer Line of Actual Control, and the PLA’s attempt to go back to its line of 1957, India-US defence ties are poised to take off. The American visitor spoke of it after his meeting with his Indian counterpart: “We discussed opportunities to elevate the U.S.-India Major Defense Partnership… a priority of the Biden-Harris Administration… through regional security cooperation, military-to-military interactions, and defense trade.’’ He also mentioned new areas of cooperation in information sharing, logistics cooperation, artificial intelligence as well as in issues of cyber space security. Without naming China, Austin said the Indo-Pacific region faces many problems like climate change and “challenges to a free and open regional order, cooperation among like-minded countries is imperative to securing our shared vision for the future.’’

Rajnath Singh and Austin reviewed the entire range of defence issues, including joint exercises. China’s aggressive behaviour not just in the Pacific waters but also the current situation in Ladakh must have been a part of the conversation. Singh certainly must have given him India’s perspective on China’s military action. The peace process in Afghanistan, where India is also now a part would have been on the table when the regional security situation was discussed. Pakistan and the tentative peace moves between the two traditional foes naturally came up, though no one is saying so publicly. Austin would certainly have encouraged the move.

Thanks to the asymmetry in India-China military capabilities, defence co-operation with the US is pivotal. The US can give Delhi a leg-up in modernising India’s defence capabilities. With the signing of the four foundation defence agreements, the stage has been set for future co-operation.

Yet, despite the growing warmth in India-US ties and the many advantages relations with the only superpower brings to the table, New Delhi is not about to surrender its strategic autonomy to the US. Russia was once the only powerful friend Delhi could rely on when the US and its western allies had turned its back to India. Moscow has always been regarded as a trusted friend by India. Ties with the Kremlin have weakened considerably, but on certain issues, India will stand its ground. More so, when despite extreme pressure from the Trump administration, India went ahead and ordered the Russian made S-400 Triumf air defence systems for a cool $5.5 billion, in 2018. The Trump White House had slapped sanctions on Turkey for buying the same defence missile equipment from Russia but had not enforced it with India.

After Russia’s annexation of Crimea, the US passed the Countering America’s Adversaries Through Sanctions Act (CAATSA), by which countries buying sophisticated Russian military equipment was to be slapped with sanctions. This act was passed by the US Congress and became operational in 2017. The issue of the missile defence system is certain to figure in the discussions whether it is mentioned publicly or not.

Now that US-Russia ties have slid to a low point, the Biden administration will do its best to stop this deal. But Prime Minister Modi who had given Vladimir Putin a commitment to buy the S-400 system, is unlikely to budge. It will be interesting to watch this play out. Despite the quad and multi-faceted ties with the US, India cannot be easily browbeaten to give up its strategic autonomy.