The Jammu and Kashmir Police has topped the list of Police Medals for Gallantry (PMG) with total 81 medals, followed by the Central Reserve Police Force (CRPF) that won 55 medals. 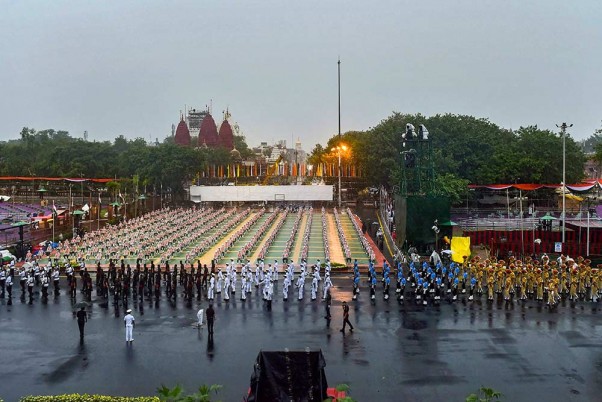 Delhi Police Inspector Mohan Chand Sharma, who was killed during the 2008 Batla House encounter, has been awarded a gallantry medal posthumously for the seventh time as the Centre declared bravery medals on the eve of Independence Day.

The Jammu and Kashmir Police has topped the list of Police Medals for Gallantry (PMG) with total 81 medals, followed by the Central Reserve Police Force (CRPF) that won 55 medals.

No one has been given the President's Police Medal for Gallantry (PPMG) this time.

A total of 926 medals, including gallantry, distinguished service and meritorious service medals, have been awarded to state and central police forces personnel, the Union Home Ministry said on Friday.

The Uttar Pradesh Police has been given 23 gallantry medals followed by 16 for the Delhi Police, 14 for Maharashtra and 12 for Jharkhand.

CRPF Assistant Commandant Kumar, till recently, was serving with the elite counter-terrorist quick action team (QAT) of the force deployed in the Kashmir valley.

Director of the National Police Academy in Hyderabad and IPS officer Atul Karwal has also been awarded the PMG for the second time, for an operation during which he served with the CRPF.

"Out of the 55 gallantry medals awarded to the force, 41 were awarded for operations in Jammu and Kashmir while 14 relate to the operations against maoists in Chhattisgarh," a CRPF spokesperson said.

BSF Assistant Commandant Vinay Prasad has been awarded a bravery medal posthumously. Prasad was killed in an unprovoked firing by Pakistan when he was out on an operational task with his patrol team in Samba sector of Jammu and Kashmir in January last year.